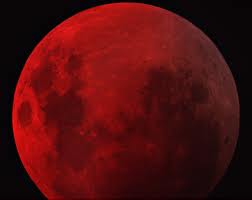 "...Briefly, the tale of a young woman who at night was visited by a lover whom she never saw. But one night, determining to learn his identity, she blackened her hands in the coals of the fire before he came and, embracing him, left the imprint on his back. In the morning she saw the marks of her own palms on her brother and, screaming with horror, ran away. She is the sun, he the moon. And he has been pursuing his sister ever since. One can see the hand marks on his back, and when he catches her there is an eclipse. This myth was known to the North American Indians, as well as to the northern Asian tribes, and may indeed be of an immense age."
(The Masks of God: Primitive Mythology, Joseph Campbell, pgs. 393-394)

Campbell further states that most early cultures featured this incestuous relationship applied to the sun and moon, sometimes in reverse. In Egyptian mythology, Isis is the moon goddess while her brother and husband, Osiris is the sun.

More remarkable was the dread and obsession ancient man had for the eclipse. To the later, several remarkable monolithic structures were built toward the observance of the lunar cycles -most famously Stonehenge, which would have taken many years and remarkable amount of labour to simply construct. As to the former:


"No plausible explanation has ever been put forward for the quite remarkable interest which prehistoric men showed in acquiring advance warning of an approaching eclipse. But if their science had any meaning at all, they must have had a purpose in directing so much of their effort towards this end. From the evidence of old beliefs and legends it appears that an eclipse is traditionally an event to be feared, against whose effects certain precautions should be taken. It is in conceivable that the ancient astronomers with their highly advanced observational science and cosmology could have been ignorant of the circumstances in which eclipses occur, and these familiar and predictable events could hardly have produced merely unreasoned or superstitious terror in those who understand their exact nature and cause. Yet the prehistoric dread of eclipses has survived in many parts of the world up to the present day. There must have been some good reason why, 4000 years ago, people were nervous of eclipses and took extreme care to gain warning of their approach."
(The New View Over Atlantis, John Michell, pgs. 87-88) 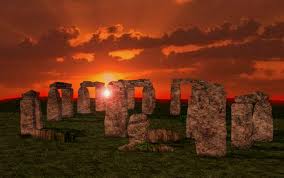 Michell is a believer that the ancients had constructed 'power plants' that could harness the energy currents that flow along ley lines -a kind of prehistoric take on Nikolas Tesla's concept of free energy. I wrote briefly on that topic here. I will not delve further into in this piece as I think Bill Cooper had a far more rational explanation for the prehistoric priesthood's obsession with eclipses: Social control. Many of my readers are probably familiar with Cooper's Mystery Babylon work, but in brief for those who aren't: Ancient priesthoods, by accurately predicting an eclipse to primitive peoples, were able to convince them of their magical powers and so forth -eg, the eclipse happened because of a spell the priest cast, and will be lifted by a counter spell in due time, after certain concessions had been made.  Cooper believed that the eclipse depicted in the film 2001: A Space Odyssey was symbolic of this method. For those wishing to here more of Cooper's theories on this topic, listen to his "The Dawn of Man" radio broadcast, which can be found here. 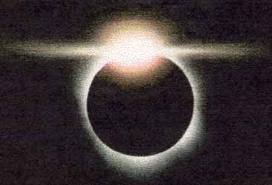 One can only imagine what the ancient priests would have done with last night's bloody eclipse. I observed much of it, shortly before dozing off a little after four. Florida last night was the perfect environment for the show -high 40s, clear skies, neighbors mercifully asleep. I bundled up and headed out with my Ipod -I used two of Robyn Hitchcock's remarkable acoustic albums, Eye and I Often Dream of Trains, to provide the soundtrack to the main event. It was quite a show but unfortunately I didn't have a good camera at hand so no images will be forthcoming. I hope whatever readers this blog has were able to take the time (and brave the environment) to catch a glimpse of this event. 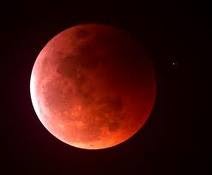 As many of my readers are probably aware, this eclipse also happened to coincide with the Winter Solstice, the first time such an event in several hundred years:

"This eclipse is notable because it takes place just hours before the December solstice, which marks the beginning of northern winter and southern summer. The last Dec. 21 total lunar eclipse occurred in the year 1638. (Number-crunchers quibbled for a while over whether that one counted as a solstice eclipse, due to shifts between the Julian and Gregorian calendar, but the current consensus is that it does indeed count. The next winter solstice eclipse is due in 2094.)" 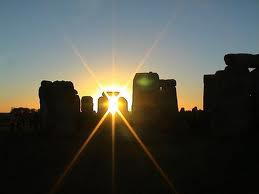 There's even been some Internet speculation that 2010 is the true 'end' of the Mayan calender rather than 2012. The Vigilant Citizen forum has a good round up of some of theories being put forth:

"On December 21st 2010, the Solstice occurs on the same day as a Total Lunar Eclipse which takes place (astrologically) within 2 degrees of the Galactic Centre. That's a pretty big coincidence considering that an alignment with this area is central to the 2012 'belief'. Furthermore the total phase of the eclipse will last for the mystical number of 72 minutes. It will be visible over the America's and particularly the west coast of America, Central America and South America - home to the Maya.

"No spectacular alignments in December 2012, It is most definitely two years off. I don't know about global doom, but at the Tropic of Cancer that runs through the town of Todo Santos in Baja California, the moon will be at zenith (straight up) during total eclipse. This is a once in a thousand year event." 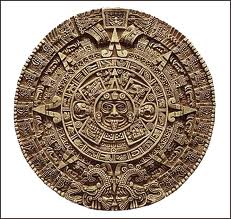 I do not follow much of the 2012 stuff, but I'm immediately sceptical of this article as I believe the total phase of the eclipse lasted 78 minutes rather than 72...

Regardless, I've felt nervous the past couple of days. The Cryptocracy loves to instigate different programs on dates with occult significance and a winter solstice preceded by a blood moon would certainly seem like an apt occasion. I was especially concerned about the war games being conducted by South Korea on Monday, but mercifully we don't seem to be headed for another war as yet.

One thing that does stand out is the FCC vote concerning 'net neutrality':

"For the first time in history of telecommunications law the FCC has given its stamp of approval to online discrimination.

"Instead of a rule to protect Internet users' freedom to choose, the Commission has opened the door for broadband payola - letting phone and cable companies charge steep tolls to favor the content and services of a select group of corporate partners, relegating everyone else to the cyber-equivalent of a winding dirt road.

"Instead of protecting openness on wireless Internet devices like the iPhone and Droid, the Commission has exempted the mobile Internet from Net Neutrality protections. This move enshrines Verizon and AT&T as gatekeepers to the expanding world of mobile Internet access, allowing them to favor their own applications while blocking, degrading or de-prioritizing others. 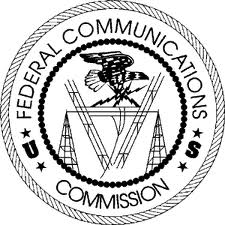 I'm not ready to hit the panic button just yet, but this could very well be the first step in a total corporate coup of the Internet, which is seemingly being attacked on all sides at the moment. The faux 'cyber-war' that erupted over the whole Wikileaks flap has already got the UN angling to regulate the Internet at an international level:

"Together with word this week that the Federal Communications Commission will be voting on net neutrality rules comes news that the United Nations is mulling new efforts that could shape Internet regulation.

" 'At a meeting in New York on Wednesday, representatives from Brazil called for an international body made up of Government representatives that would attempt to create global standards for policing the Internet - specifically in reaction to challenges such as WikiLeaks,' wrote IT News."

So, its worth keeping an eye on the FCC decision, especially in relation to the timing. People always expect spectacular events such as 9/11 when trying to site evidence of the Cryptocracy's occult obsession, yet seemingly minor events can just as easily set an unstoppable chain of events in motion. For instance, the 'minor' explosion that happened on a oil rig in the Gulf of Mexico this past 4/20. 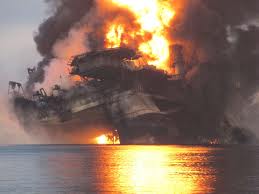 In 1554, when there was also an eclipse overlapping with the Winter Solstice, Lady Jane Grey was beheaded, the future Queen Elizabeth was imprisoned in, and Bloody Mary assumed the throne in England. In and of themselves these were not huge events (as far as the modern history of England is concerned) but they were instrumental in shaping the Elizabethan era which would have an enormous influence on the destiny of the world. The symbolism of decapitation is especially interesting, as I've written of before. 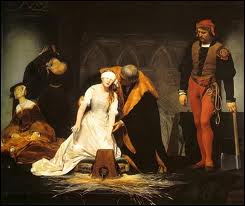 Will 12/21/2010 measure up? Only the Cryptocracy knows, but it's best to keep your eyes peeled for the remainder of the day and keep track of the events that have transpired of late.

It looks like the eclipse may have been 72 minutes after all. I keep seeing conflicting data, but the general consensus seems to be about 2:40 AM EST till 3:53 AM. This makes things all the more interesting as 72 is a number stepped in heavy occult significance. Check the comments for more information on this topic.
Posted by Recluse at 5:21 PM