The Chip and the Rod 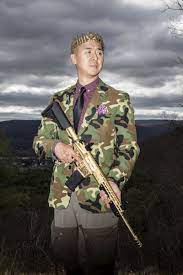 In the latest subscribers' podcast, I'm rejoined by the great Christopher Knowles. For those of you living under a rock, he is the author of Our Gods Wear Spandex, The Secret History of Rock 'N' Roll, and most recently The Endless American Midnight. He has also written the novel He Will Live Up in the Sky and is the longtime curator of a little blog called The Secret Sun --You guys may have heard of it. Recently, he has also launched the Secret Sun Institute of Advanced Synchromysticism, which you should all sign up for ASAP.

For this wide-ranging discussion, we use Chris' legendary "Lucifer's Technologies" series as a launching point for the epic UFO Disclosure narrative currently unfolding. Along the way, we address the possibility of reverse-engineered technology, or whether it was acquired by "other means"; and the devastating effects technologically advanced societies have had on humanity. From there, we delve into the theories of Carl Raschke: UFOs as Agents of Cultural Deconstruction and Ultraterrestrials. This brings us to a fascinating discussion of the US Navy's epic role in molding the UFO narrative, along with various cults.

When we finally get around to current events, we jump into Robert Bigelow and the figures behind To the Stars Academy; Jacques Vallee and the strange beliefs of Ufologists; and where the Disclosure narrative may be heading. As a bonus, you also get to hear our epic musings on demonology and the prospect of mass possession in contemporary America. Fun times indeed folks. 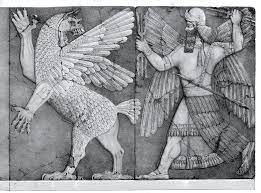 The current nomination for the coveted Assistant Secretary of Defense for Special Operations and Low-Intensity Conflict (ASD SO/LIC) is a curious figure known as Christopher P. Maier. Maier was part of the purge at the DoD after the Orange One sacked Mark Esper and replaced him with Christopher C. Miller in the aftermath of 2020 election. Now, he's making his triumphant return as as the civilian head of the special operations forces (SOF).

Its a crucial time in the history of America special operations due to the debate over whether to elevate the US Special Operations Command (SOCOM) to its own branch of the military. This is an issue Trump forced through during the final months of his presidency and which Biden appears to be reversing course on. In theory, the SOCOM doesn't want to be its own branch of the military because it will face more civilian oversight. The ASD SO/LIC would be the one tasked with this additional oversight. Thus, Maier is poised to have a lot say over whether its a good idea, and, if the move is allowed to stand, what form this additional civilian oversight will take.

Maier's an interesting guy in the special operations field. Unlike a lot of the figures tasked with oversight of the SOF community in recent years, Maier does not appear to have a background in such things. He's listed as a member of the Air Force National Guard, but attended college at UC Berkeley. He had previously worked in Obama's National Security Council and at the National Counterterrorism Center before moving into a civilian role in the special operations field. He became a rising star in the DoD in recent years thanks to heading the Pentagon's Defeat ISIS Task Force since 2017. Said Task Force was abolished in November 2020 after Miller accepted Maier's resignation.

Maier has exactly the type of background the Democratic Party is looking for: a mostly civilian one, firm links to the Obama administration, and national defense bona fides thanks to his role on the ISIS Task Force. Plus, he's perceived as having been persecuted by the Trump administration and has made a consorted effort to invoke the world "diversity" in virtually every public appearance he's made thus far.

In other words, Maier has exactly the kind of squeaky-clean image SOCOM needs right now in the aftermath of Trump and the ongoing scandal at Fort Bragg. Michael Flynn hasn't been helping matters either. Over Memorial Day weekend, he called for the military to launch a "Myanmar-style coup." Unless he didn't. Regardless, Flynn is a veteran of the Joint Special Operations Command. This puts him in similar company to virtually all of Trump's national security backers. As such, SOCOM would probably be the most likely component of the military to heed Flynn's suggestion.

Nor are former members of the special operations community calling for domestic coup d'états the only optics issue SOCOM is currently facing. Last month, Newsweek gave the public its first formal glance at the vast, undercover intelligence network the military has initiated since 9/11. The Pentagon has been described as possessing a "secret underground army" that's 60,000 strong. Reportedly, that's ten times as many clandestine assets as the CIA possesses. And over half of that secret army are special operators. Many of the rest are from some type of military intelligence, especially those involved in SIGINT and cyber.

While a good chunk of this clandestine army principally operates overseas, many are deployed domestically. And the domestic side could be poised for an even greater expansion. The Biden administration has already floated the possibility of using private companies to spy on " domestic extremists." This project would theoretically be overseen by the Department of Homeland Security. But the Pentagon is already bellyaching about "extremists" in its ranks as well as its inability to root them out.

Simply arresting Michael Flynn would probably go much further towards countering "extremists" domestically than funneling billions into the deep private. But what would be the fun in that when you could hire the current incarnation of Blackwater to combat "extremism"? I want my Theatre of the Absurd, dammit.

Fortunately, recently developments in DC and Texas are laying the foundation for a special kind of shit show in the near future....

There's just something about Waco, Texas, right? Consider: On May 17, 2015, Waco witnessed what was surely the most epic shootout between motorcycle gangs the nation has ever witnessed. The shootout occurred at a restaurant called Twin Peaks (seriously) and may have involved over 200 individuals. Waco Police and multiple motorcycle gangs exchanged fire. Remarkably, only nine people died. 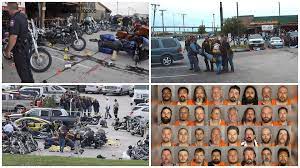 The remarkable thing about the gun battle between the MCs and police is that it wasn't even the most significant modern shootout in the town. Not by a long shot. You guys know what I'm talking about.

David Koresh and his Branch Davidians were famously besieged there in 1993. Things came to a head on April 19th of that year, leaving Koresh and over 70 members of his sect dead at the hands of the federal government. The fiery death of Koresh and his followers, along with the Ruby Ridge shootout, would fuel a resurgence in the post-Cold War America militia movement and still remains a major staple of patriot mythos. Oklahoma City bomber Timothy McVeigh famously observed the Waco siege and would later use it as a justification. 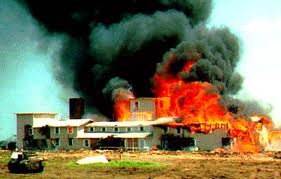 This is despite compelling evidence Koresh was a pedophile. Nor is this the only suspect aspect of the Branch Davidians. In the coming months, this whole saga will be given a long overdue re-evaluation on The Farm. No, I'm not suggesting this in any way justified the government's heavy-handed response. But as is often the case, black/white narrative put forth by the Establishment and alternate media is problematic on numerous levels. What no one wants to consider is whether the Waco siege was a clean-up operation.

Regardless, the Waco narrative (both Establishment and "alternative") has been back in the public consciousness in a big way recently. A lot of this revolves around Biden's nomination to head the right-wing bugaboo otherwise known as the Bureau of Alcohol, Tobacco, and Firearms (ATF), David Chipman. Prior to his nomination, Chipman made false claims about the Branch Davidians shooting down National Guard helicopters. Not to be undone, the alternate media accused Chipman of posing with a rifle in the flaming rubble of the Branch Davidian compound. This claim also appears to be false. Chipman's actually role in Waco remains murky as of this writing.

The recent psychodrama playing out in regards to Chipman's nomination is interesting in light of recent developments near Waco. See, another cult has set up shop. And it's a doozy. Officially known as the World Peace and Unification Sanctuary, the church is more commonly dubbed the "Rod of Iron Ministries." In truth, "Church of the Machine Gun" would be even more apt.

This sect is actually an offshoot of the infamous Unification Church of Reverend Sun Myung Moon. Long time readers of this blog are no doubt familiar with the Reverend Moon and his cult, which was a crucial nod in the international anti-communist network the US national security state crafted during the Cold War. For those of you just joining us, I recommend this epic Moonie account in The Farm's WACL series as a good starting point.

This Unification schism is headed by Sean Moon, one of the many sons of the Reverend Moon. His branch was especially fringe, with only a few hundred members in the United States, until just a few years ago. But then, something happened: Sean Moon became aware of the divinity of the AR-15. His inspiration was apparently the "rod of iron" bit Jesus uttered, which Moon interpreted as a reference to a machine gun.

This led Sean Moon to actively incorporate AR-15s into the church's rituals. The first minor media flap the cult generated centered around a February 2018 mass wedding ceremonially in which AR-15s were used prominently. "Incidentally," Moon's brother, Justin Moon, happens to be the CEO of Kahr Arms. Not that I'm suggesting that this is a cynical ploy to sell more arms or anything....

As Vice reports, the Sanctuary Church has embraced Trumpism from its inception. Sean Moon has declared that Trump will rid the world of "political satanism" and that he is preparing for the coming "false-flag" deep state war. The church's recently procured compound near Waco factors into those activities. In a recent sermon, Sean Moon casually noted: "The internationalist Marxist globalists are trying to start a civil war here, so that they can bring in the U.N. troops and Chi-Com Chinese military to come in and destroy and kill all gun owners, Christians, and any opposition, i.e., Trump supporters. We are in the death of America right now, and that’s why, of course, God is allowing for our expansion.”

As to the later, Moon and his sect gained much needed street cred after turning up at the Capitol on January 6. He did not follow the Proud Boys and co into Congress, but managed to denounce authorities on Instagram as events were unfolding. Moon has subsequently compared Jan 6 to the Boston Tea Party. Since the Capitol insurrection, his speeches have become more "intense," often with warnings to followers that the Biden administration is plotting mass interment of Trump supporters, if not outright genocide. Moon himself has even begun to transform, taking on what has been described as a "biker-gang aesthetic."

Would you be surprised to know Moon's Waco compound, dubbed "Liberty Rock," had an opening ceremony of the highly symbolically loaded date of 4/20? Of course not, if you're aware of all the weirdness surrounding that date. Be sure to check the link if you've never pondered the significance of 4/20 other than between bong hits.

So, to recap: A newly empowered and emboldened ATF is getting a new director committed to vigorous action against gun trafficking. Said director seems to be ambiguous, at best, concerning the Waco siege. Elsewhere, a fringe cult that literally worships AR-15s (and supported by a family member who owns an arms company) relocates to an area near Waco and precedes to set up a compound.

Uh, is the Pope Catholic?

Remember how I referred to Waco 1.0 as a clean-up operation? Think about that in light of this particular holdover from the Cold War 1.0. The possibilities are endless dear reader. 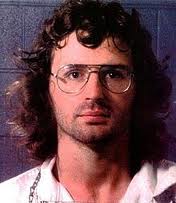