Hollywood death's have been on the minds of both conspiracists and the general public of late following the bizarre deaths of Heath Ledger and David Carridine and the later allegations of actor Randy Quaid and his wife of some kind of 'star whackers' assassins cult stalking celebrities:


"Actor Randy Quaid alleges there’s a conspiracy to kill him and several other troubled Hollywood stars in order to gain control of their millions.

"In a bizarre speech to reporters outside the Vancouver immigration office where he’s attempting to gain permission to live in Canada, Quaid said Lindsay Lohan and Britney Spears have been victims of a similar conspiracy...

"'We believe there to be a malignant tumour of star whackers in Hollywood,' he said, naming Heath Ledger, Chris Penn and David Carradine as some of their victims.

"Ledger died in 2008 of an accidental overdose of prescription drugs. An autopsy said 40-year-old Penn died in 2006 of heart disease and the official cause of Carradine’s death last year was accidental asphyxiation." 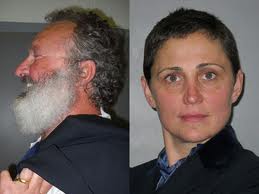 I have been rather weary of these allegations given that Hollywood is one of the greatest instruments of mass sorcery in human history and anything that comes out of the mouths of its employees should be taken with an ocean-size grain of salt. However one of the latest murders involving a Hollywood player, that of publicist Ronni Chasen, makes me give pause. Ample evidence has begun to emerge that Chasen fell victim to a professional style hit:

"Hollywood publicist Ronni Chasen was shot dead by an expert marksman, it was revealed today.

"An initial coroner's report showed the movie industry stalwart's injuries were consistent with a professional 'hit'.

"Miss Chasen, 64, was shot five times in the chest in the early hours of November 16th in Beverly Hills, shortly after leaving the premiere of Burlesque.

"The coroner said the nature of the famed publicist's injuries were consistent with being targeted by a professional gunman." 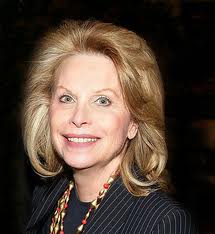 Possible motives the Daily Mail lists are gambling debts incurred by a close friend or family member, a Russian mob hit due to bad returns of a film of hers they invested in, an art gallery deal gone wrong, or someone simply jealous over the success of her Oscar campaigns. The mob angle is certainly compelling but some of these other motives seem sketchy.

Of late a 'person-of-interest' was identified in the Chasen case, only to commit suicide shortly before police arrived:

"A man a neighbor said had bragged about killing Hollywood publicist Ronni Chasen fatally shot himself as authorities descended on his residence in a Hollywood residential hotel Wednesday night, authorities said.

"Former neighbor Terri Gilpin told reporters at the scene on Santa Monica Boulevard near Wilton Place that the dead man had 'bragged all the time that he was the one who killed the publicist, and he was always talking about how he was going to get paid $10,000 for it.'"

What really perked my interest about this latest development however was the man that seems to be heavily pushing the 'professional killers' angle in the media. From the previously linked L.A. Weekly article:

"He told reporters that whoever killed Chasen as she drove down Whittier Drive in a tony part of Beverly Hills near the Los Angeles Country Club after midnight Nov. 16 was not only a pro but could be a marksman.

"Carillo said she was appeared to have been shot in the chest and shoulder as her car was moving, something your average criminal probably would have had a hard time pulling off."

"Gil Carrillo, who recently retired after 38 years with the Los Angeles County Sheriff's Department, said he reviewed the document after it was obtained by KTTV Fox 11 News.

"'The thing that stands out is the shots — where they were and the lack of hits anywhere else,' Carrillo told the AP. 'It's a good shot group.'
"The close grouping suggests the shooting was carried out by a hit man and was not a gang attack or road rage, Carrillo said." 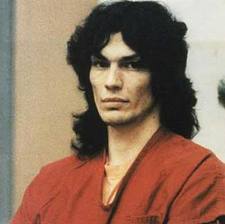 The thing is, Carrillo didn't 'solve' the Night Stalker case so much as he helped cover it up. Richard Ramirez was famously convicted of the Night Stalker crimes despite traces of the killer's blood, semen and fingerprints found at various crime scenes that didn't match Ramirez's; the original descriptions of the killer given by surviving victims was widely different from Ramirez's physical appearance; and that there was evidence (including a photo) that Ramirez was in El Paso at the time of at least two of the killings that was not allowed to be admitted into his trial. The phrase 'kangaroo court' comes to mind when considering the final results of Ramirez's trial:

"Ramirez was ultimately found guilty over forty separate counts. During the sentencing phase of the trial, his defenders opted not to call a single witness. The jurors bestowed nineteen death sentences upon him, even though a few of them later said they thought the defendant had been railroaded."
(Programmed to Kill, David McGowan, pg. 238) 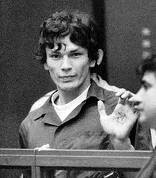 Now, don't misunderstand me: Ramirez probably was involved in the Night Stalkers crimes on some level. But given the radically different descriptions various victims gave, physical evidence found at the crime scene, etc, it seems likely that Ramirez had accomplices and that the accomplices did much of the actual killing. In this sense the Night Stalker crimes closely resemble the Son of Sam murder spree which many researchers, former police involved in the investigation, and so forth, have come to believe also featured multiple perpetrators. Anyway...

Carrillo's odd involvement in the Night Stalker case didn't end there. The first Night Stalker victim  to survive, Maria Hernandez, was the goddaughter of Carrillo's own mother. Carrillo's sister also had a close relationship with Hernandez's mother. Hernandez described a man very different from Ramirez as her attacker and later identified Paul Samuels, a military veteran, as the perp. Samuels was released after his gun didn't match. Hernandez was later unable to identify Ramirez during his trial as her attacker.

Later on the Night Stalker would attempt to break into a house a few blocks from the Carrillo family home. Shortly after that he attempted to rape a woman, Sophie Dickman, who lived right across the street from a home previously occupied by a sheriff's deputy that had recently been murdered and who was a good friend of Carrillo's.

So Carrillo is certainly suspect in my view -Given his close links to the case, surely he could have seen the holes in  theaccusations leveled at Ramirez. Further, given that the Night Stalker was operating around his home and attacking people he knew, one would think he had ample reason to find the right man. Unless the incidents happening around Carrillo were meant to send him a message about the dangers of finding the right person.

And now ole Gil is lecturing the media on what a professional hit looks like in the Ronni Chasen case. This is rather amusing because the Night Stalker crimes showed ample evidence of being professional hits, yet Carrillo never seemed to have made the connection at the time. In fact, few researchers ever have.

As far as professional assassinations go, there are generally two types of weapons that are preferred. One is what is known as a 'weapon of opportunity'. This can essentially be anything laying around the environment the target is residing in. A CIA training manual entitled A Study of Assassinations notes:

"...the simplest local tools are often the most efficient means of assassination. A hammer, axe, wrench, screwdriver, fire poker, kitchen knife, lamp stand, or anything hard, heavy and handy will suffice... All such improvised weapons have the important advantage of availability and apparent innocence... the assassin may accidentally be searched before the act and should not carry an incriminating device if any sort of lethal weapon can be improvised at or near the site."
(Programmed to Kill, pg. 100) 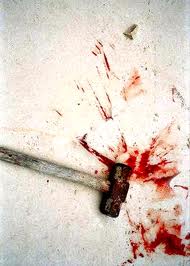 The other preferred method is via small arms such as a .22 or .25 pistol. These weapons have many advantages -they are small, easy to conceal and silence. Even without a silencer they are not especially loud. A head shot from one of these weapons is often more fatal than from larger arms as the bullet from a .22 or .25 will ricochet around inside the victim's head, doing ample damage to the brain and deforming the slug in the process. This has the added bonus of making the bullets virtually untraceable. 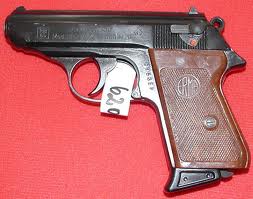 And it just so happens that virtually all of the Night Stalker's victims were killed either with a weapon of opportunity or a small caliber handgun:

"Most of the Night Stalker victims were killed with contact wounds from a small caliber handgun to the left side of the head while they slept. Both .22 and .25 caliber weapons were used. The remaining victims were bludgeoned or stabbed to death with household items -including a hammer and a lamp/vase. Some of the victims were mutilated to varying degrees, including two that were hacked with machetes. Others were subjected to electrical torture. Their ages ranged from young adults to a pair of octogenarians, with both men and women well represented. And there was certainly no discrimination shown to race/ethnicity of the victims."
(Programmed to Kill, pg. 102)

Needless to say, it does not look like Carrillo did an especially good job of identifying a professional style hit on his most celebrated case, so I would be weary of anything he says now. The question then becomes, why was he dragged out to pump the whole 'star whackers' theory? Is this simply some elaborate plan of disinformation?

Its not that I don't find the assassins cult theory plausible or that they would be involved in blackmailing celebs -after all, there has been speculation that an organization has been blackmailing VIPs, be they celebs, politicians, industrialists, etc, for years as a means of control. What's more startling is how blatant these revelations are unfolding the public, especially when someone like Carrillo is brought out to add legitimacy to these theories.

This makes me think that we're experiencing some form of hoodwink. The Cryptocracy is having a good laugh at our expense as the Revelation of Method plays out. I wouldn't be shocked if this whole 'star whackers' play is quietly swept under the rug and never heard from again in the coming months now that the point has been made. 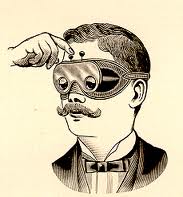