Another day, another bizarre death:

"Neighbors of a 2-year-old Falls Church girl had no answers for why the toddler's grandmother who often baby-sat the child would throw her from a six-story parking garage, killing her.

"Fairfax police offered no motive for the actions of 50-year-old Carmela Dela Rosa. But they said they were sure that the child's death was intentionally caused by Dela Rosa, and charged her with murder.

"Angelyn Ogdoc was severely injured after being thrown from a walkway connecting the Tysons Corner Center mall with a parking garage at about 7 p.m. Monday, Fairfax County police said."

So, by all accounts we have a woman that was a dotting and loving grandmother who simply decided one day to cast her two and a half year-old granddaughter down a 50+ foot drop. Kinda odd, huh? It's also consistent with the radical shifts in personalities that we've observed of late in several other bizarre deaths. What else stands out about this case?

I was initially drawn to the location as toponomy is utterly fascinating to me, as I've expressed here. This murder occurred at the Tysons Corner Center, a massive shopping complex located between the Virgina communities of McLean and Vienna. Vienna has a vast occult history and was instrumental in the rise of Nazi ideology. Austrian professor Lanz von Liebenfels was instrumental in shaping Hitler's belief system when he was living in Vienna before the outbreak of the First World War. 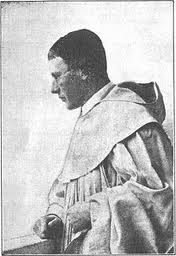 Further, Tysons Corner is essentially a suburb of Washington, DC, which, along with London and Paris, is one of the main Masonic cities in all the world. Even more bizarre, the House of the Temple, the headquarters of the entire Scottish Rite, is located along virtually the same exact North Latitude as the Tysons Corner Center. Specifically the House of the Temple is at 38.9138 N while Tysons Corner is at 38.917 N. Freemasons are said to build their temples along ley lines so presumably Tysons Corner would upon the same ley. Again, check the previous link for more information on this topic. 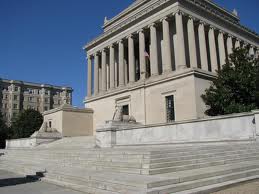 Then there's the city of McLean which Tysons Corner Center is closely associated with. It also happens to feature another Virgina community known as Langely, which just happens to be where the headquarters of the CIA is located. In fact, the entire area is riddled with the military-industrial complex, but the intelligence community seems to hold a prestigious place there.

You also have the nearby George Mason University, which has worked closely with the CIA over the years. On their own website you can find links for these types of think-tanks:

"The Political Instability Task Force (PITF) is a panel of scholars and methodologists that was originally formed in 1994 at the request of senior policymakers in the United States Government... Its original, assigned task was to assess and explain the vulnerability of states around the world to political instability and state failure...

"The PITF is funded by the Central Intelligence Agency. The PITF website is hosted by the Center for Global Policy at George Mason University and is provided as a public service. The views expressed herein are those of the Task Force and its individual members, and do not represent the views of the University or the US Government." 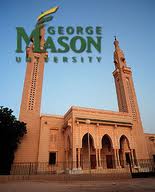 Now, here's where things get interesting. The parents of Angelyn Ogdoc, the two and half-year old that was murdered, were both closely linked with George Mason University -her father was a student there while her mother actually worked for the school. From the Washington Examiner article:

"Angelyn's father, James Ogdoc, is a psychology student at George Mason University, and her mother, Mary Kathlyn Ogdoc, who a friend said goes by the name Kat, is an assistant program coordinator for the School of Management, according to the university's directory."

I daresay CIA may have had a little contact with George Mason's psychology staff from time to time over the years.

*The crime happened on Monday, the child died early Tuesday morning, yet the police have yet to release a motive, or even mention the explanation Mrs. Dela Rosa gave for the murder, her state of mind at the time of the killing, etc.

*The parents of the victim were closely associated with a school that's been in bed with the CIA for decades.

Was this poor woman the victim of some kind of psy-ops experiment her children, the Ogdocs, may have unwittingly become involved in through their friends and associates at Mason? It will certainly be interesting when more information comes out about this case, especially in regards to Dela Rosa's background and allegedly motive for the crime. 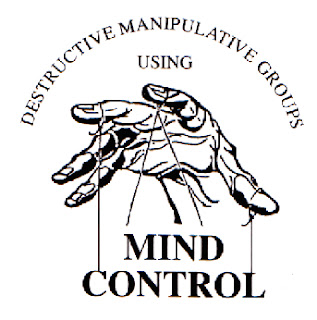