To many, the notion that a sovereign government would deliberately embark upon systematic abuse of its own children is so disturbing as to be completely unbelievable. Unfortunately, evidence of this practice keeps emerging. From Germany comes this bombshell:

"Germany has owned up to one of the most disturbing examples of mass child and youth abuse in its post-war history, some 60 years after the first teenagers started being locked away and mistreated by supposedly 'caring' foster homes.

"The country agreed yesterday to provide a €120m (£101m) compensation fund for the estimated 30,000 victims who were among the 800,000 children in German foster homes in the Fifties, Sixties and Seventies.
"Institutions that for decades meted out inhuman treatment – including ritual beatings, periods of solitary confinement, forced labour and sexual assaults – were not youth remand centres or borstals as might be expected, but homes run by nuns and priests in former West Germany's Catholic and Protestant churches, as well as state-run homes." 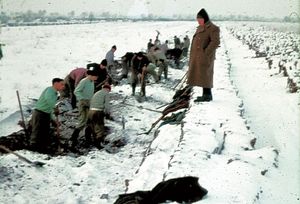 Naturally this will be dismissed as purely German phenomenon -remnants of Nazism and so forth. Sadly, these practices are occurring in the United States and have been exposed from time to time. One of the more notorious is that of the Finders organization. Publicly the Finders were a 60s-style, commune-centric group dedicated to aiding orphaned and unwanted children. Then in 1987 an arrest of several of their members in Florida with a group of disheveled children brought more sinister aspects of the group to light:

"Authorities investigating the alleged abuse of six children found with two men in a Tallahassee, FLA., park discovered material yesterday in the Washington area that they say points to a 1960's style commune called the Finders, described in a court document as a 'cult' that allegedly conducted 'brainwashing' and used children 'in rituals.'

"D.C. police, who searched a Northeast Washington warehouse linked to the group removed large plastic bags filled with color slides, photographs and photographic contact sheets. Some photos visible through a bag carried from the warehouse at 1307 Fourth St. NE were wallet-sized pictures of children, similar to school photos, and some were of naked children.

"D.C. police sources said some of the items seized yesterday showed pictures of children engaged in what appeared to be 'cult rituals.' Officials of the U.S. Customs Service, called in to aid in the investigation, said that the material seized yesterday includes photos showing children involved in bloodletting ceremonies of animals and one photograph of a child in chains."
(Originally published in a February 7th, 1987 edition of the Washington Post, reprinted from Programmed to Kill, David McGowan, pg. 59-60) 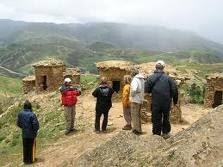 It would be seven long years until the Finders case would receive national media attention, this time in an attempt to dismiss the allegations against the organization. U.S. News and World Report stated:

"In early February 1987, an anonymous tipster in Tallahassee, Fla., made a phone call to police. Two 'well-dressed men' seemed to be 'supervising' six disheveled and hungry children in a local park, the caller said. The cops went after the case like bloodhounds--at least at first. The two men were identified as members of the Finders. They were charged with child abuse in Florida. In Washington, D.C., police and U.S. Customs Service agents raided a duplex apartment building and a warehouse connected to the group. Among the evidence seized: detailed instructions on obtaining children for unknown purposes and several photographs of nude children. According to a Customs Service memorandum obtained by U.S. News, one photo appeared 'to accent the child's genitals...'

"None of the allegations was ever proved, however. The child abuse charges against the two men in Tallahassee were dropped; all six of the children were eventually returned to their mothers, though in the case of two, conditions were attached by a court. In Washington, D.C., police began backing away from the Finders investigation. The group's practices, the police said, were eccentric--not illegal."

When not trying to dismiss reports of hungry and disheveled children, nude pictures of said children, and so forth, as merely being 'eccentric', U.S. News dropped a bombshell:

"One of the unresolved questions involves allegations that the Finders are somehow linked to the Central Intelligence Agency. Customs Service documents reveal that in 1987, when Customs agents sought to examine the evidence gathered by Washington, D.C., police, they were told that the Finders investigation 'had become a CIA internal matter.' The police report on the case had been classified secret. Even now, Tallahassee police complain about the handling of the Finders investigation by D.C. police. 'They dropped this case,' one Tallahassee investigator says, 'like a hot rock.' D.C. police will not comment on the matter. As for the CIA, ranking officials describe allegations about links between the intelligence agency and the Finders as 'hogwash'--perhaps the result of a simple mix-up with D.C. police. The only connection, according to the CIA: A firm that provided computer training to CIA officers also employed several members of the Finders."

David McGowan has an apt take on the Company's denials:

"It should probably be noted here that the firm that supplied the training to CIA officials didn't just employ several members of the Finders, but appears to have in fact been a wholly owned subsidiary of the Finders organization. It should also be noted that the CIA does not, as a general rule-of-thumb, assign the training of its officers to outside contractors, unless, that is, the 'private' firm utilized in such a capacity is a CIA front."
(Programmed to Kill, pg. 61)

Further deepening the links between the Finders and the CIA is Finders founder Marion Pettie. From the U.S. News and World Report article:

"He says the CIA's interest in the Finders may stem from the fact that his late wife once worked for the agency and that his son worked for a CIA proprietary firm, Air America. Overall, says Pettie, 'we're a zero security threat. When you don't do much of anything, and you don't explain, people start rumors about you.'" 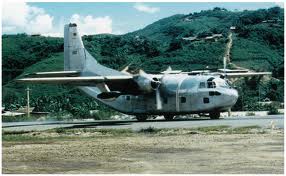 Air America was the flight service that the CIA used to traffick drugs during the Vietnam War, amongst other things. Pettie was presumably an innocent bystander through all of the involvement with the CIA that his family and organization were a part of, naturally.

And while the Finders may have been a bit 'eccentric', the couldn't have been involved in child abuse on behalf of the CIA because we all know a legitimate government would never condone such acts.