The Incredible Disappearing and Reappearing Monolith 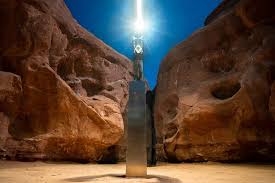 We just discussed the Utah monolith about a week ago, where I wondered if this bizarre media sensation would soon disappear or if it had legs. Thus far, the later certainly seems to be the case.

On the day my initial monolith post went up, the Utah variety disappeared. Days later, it was revealed that several individuals had taken it upon themselves to dismantle and remove the monolith. There stated reason was: "We removed the Utah monolith because there are clear precedents for how we share and standardize the use of our public lands, natural wildlife, native plants, fresh water sources, and human impacts upon them."

They seem to be expressing concern over the impact of monolith pilgrims on the surrounding public lands. And in fairness, hundreds of people had already traveled to the mysterious monolith, leaving a subsequent ecological impact in their wake.

But isn't this something that the Utah Division of Wildlife Resources (UDWR), the Bureau of Land Management (BLM), or some similar government agency should be handling, and not a group of "concerned" private citizens? Indeed, the BLM released a curious statement after the monolith was removed: "We have received credible reports that the illegally installed structure, referred to as the 'monolith,' has been removed... The BLM did not remove the structure, which is considered private property."

So, the BLM couldn't remove it themselves because it's private property, even if it was "illegally installed"? But private citizens can?

And come to think of it, if the ecological threat was so grave, why did the UDWR play such a crucial role in bringing the monolith to public attention in the first place? Perhaps they didn't quite anticipate it becoming such a sensation, but did anyone seriously think the monolith wouldn't draw an audience?

This sudden conclusion only raises further questions without offering any real resolution. Surely, this was the point. That, and to create a kind of "hypersigil."

And then there is the alternate reality game (ARG) aspect. As I noted in my prior monolith post, a crucial component of all good ARGs is the "treasure hunt" aspect. Getting players out into the real world acting out aspects of the game is a longstanding objective of the original creators of the ARG concept.

At the forefront is Joseph Matheny, the creator of Ong's Hat, considered by many to be the first true ARG. Matheny has lots of interesting books on his website, but the one I'd recommend most enthusiastically is The Art of Memetics by Edward Wilson & Wes Unruh. There are lots of fascinating concepts in this book, but their take on "the law of attraction" is most relevant here:

"This isn't 'the secret' and it's not cribbed from an emerald tablet. It's advice based on experience and creative problem solving. Understanding your objective and focusing on it, explaining it to others in your social network, and then allowing that interaction to guide you will inevitably lead you to where you need to be. Kurt Vonnegut often wrote that 'you are what you pretend to be' but a more succinct phrase would be: You become what you do. Pretending is acting as if something is true, and it is that acting that is imprinted into the preconscious and unconscious mind over time." 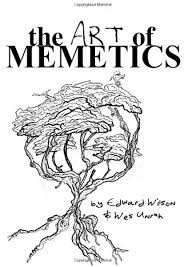 In other words, it is our actions that define what we are, not our thoughts. Thus, having people think about an ARG is not enough. They need to consciously act out the game. And certainly the Utah monolith offered this possibility. But it has now grown well beyond the confines of a mere treasure hunt. Rather, it appears to have inspired people across the world to craft their own hypersigils, which has led to even more performing art along the lines of what we saw in Utah when the monolith went down.

On December 2, roughly five days after the Utah monolith was taken down, a third appeared in California. This was one was also removed, and in spectacular fashion. A rather pathetic band of white supremacist "desecrated" this monolith after having driven for nearly five hours to destroy it. Declaring "America first" and "Christ is king," they toppled the monolith and replaced with a wooden cross. A statement of purpose was given at the onset of the festivities along similar lines: "Christ is king in this country. We don’t want illegal aliens from Mexico or outer space. So let’s tear this bitch down.” 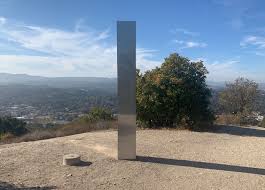 Yeah, the media is going to have a field day with that one. Elsewhere, a fourth monolith appeared on a community college campus in Austin, Texas on December 4. In this case, it was openly acknowledged that one of the Austin Community College District's welding departments were behind this particular spectacle.

So, four monoliths then in the span of less than two weeks since the Utah one was revealed to the public at large. If actions are crucial to imprinting both the "preconscious and unconscious mind," then these four are certainly a coup. Rather than just inspiring pilgrims, they've spurred individuals and groups around the nation and world to create their own monoliths. And these monoliths in turn are inspiring even more drama, as the California incident illustrates. The level of participation the initial Utah monolith inspired is just staggering and it seems poised to continue.

The question then becomes, what are these actions leading towards?

Evil Clowns and Other Curious LARPs

Already the monoliths are drawing comparisons to the evil clown sightings of 2016. Both the clowns and monoliths have become surreal stories in presidential election years here in these United States.

Certainly the evil clowns provided a sinister context to the rise of Trump, and were even incorporated into American Horror Story: Cult, which eerily predicted the rise of the QAnon cult (AHS: Cult first aired on September 5, 2017, and wrapped up on November 14th of that year; what is generally considered the first Q dispatch appeared on 4chan on October 28, 2017). Naturally, AHS: Cult had its own ARG while compelling evidence has emerged that QAnon is in fact an ARG. 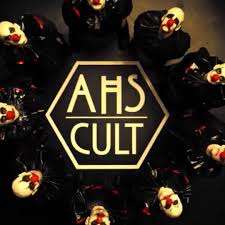 Are we seeing something similar playing out with the recent monolith flap? The original Utah monolith may have been left by the crew of Westworld, a show that's made heavy use of the ARG format for both it's marketing as well as it's storylines. But Westworld season 3 just wrapped up earlier in the year (after premiering shortly after the COVID lockdowns began here in the US), and likely will not return until 2022.

What then? Certainly the symbolism of the monolith, derived from Kubrick's 2001: A Space Odyssey, is far more idealistic than the evil clowns, to put it mildly. In the classic film, the monolith drives humanity on an interstellar journey that results in the next evolutionary step of the species (at least in popular interpretations). This is a story arch I'm sure delighted some die-in-the-wool globalists, especially in the aftermath of presumed Biden victory.

But this isn't the first time the US has witnessed a monolith LARP in the twenty-first century. The first one occurred on New Years Day 2001 when a monolith appeared in Seattle. It generated a similar mystery over the creators, disappeared, reappeared, and generally moved around the Seattle area for the first couple of months of 2001. The artists behind this particular monolith no doubt felt it was apt for the times. The feel-good vibes of the Clinton era were still going strong, by and large. Then came 9/11, which certainly ushered in a new age, both domestically and globally.

Will 2021 offer a similar kind of new age? The third season of Westworld (dubbed "The New World" no less) offers as apt a vision as one is likely to find for the world we are heading towards, which is why I find the timing of its premier with COVID lockdowns to be especially ominous. And the Utah monolith has brought the show back into the limelight at time when it's would otherwise be out of the public consciousness. It is revelation of method of the highest order, especially in light of recent accounts of Q.

And with that I shall sign off for now dear readers. Thanks for tuning in and a big thanks to those of you supporting The Farm's exclusive content on our Patron page. Expect some great content there related to the themes I've been exploring of late in the coming weeks. Anyway, until next time dear readers, stay tuned. 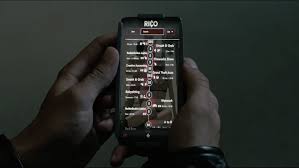