To Coup or to LARP 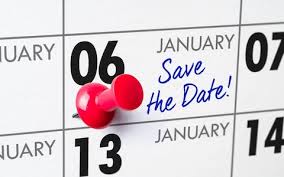 If you've been keeping up with the blog, you know I've been fascinated by some of the moves unfolding at the Pentagon and among the special operations community of late. As I noted recently, the post-election shakeup at the DoD resulted in the Special Operations Command (USSOCOM) effectively being made it's own branch of the armed forces; a veteran special operator who had never held a rank higher than colonel being made the acting Secretary of Defense; and one of General Michael T. Flynn's cronies being put in charge of all special operations forces AND military intelligence. This has led to some speculation that Flynn is essentially the de facto Secretary of Defense presently and some of his recent actions (more on that in a moment) have added credence to these claims.

The heart of the US special operations community is Fort Bragg, where both the US Army Special Forces (more commonly known as the "Green Berets") and the Joint Special Operations Command (JSOC) are garrisoned. Other significant units such as the 82nd Airborne are also housed there. In 2020 alone, Fort Bragg has witnessed a staggering amount of deaths among the military personnel. Whether this is somehow related to events unfolding in DC is debatable, but certainly adds an ominous subtext. 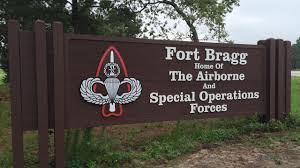 Also of interest was the sudden decision of the Pentagon to cease providing the CIA with special operators for it's counterterrorism operations. As was discussed here, such a move would be an utter disaster for the CIA.

From the onset of the Cold War up until 9/11, the CIA maintained total control over covert operations. But with the rise of JSOC in the twenty-first century, the CIA has increasingly been reduced to a supporting role. Even during its heyday in the Cold War, the CIA was always dependent on special operators (either "retired" or on loan from the Pentagon) to carry out it's operations in the field. With JSOC already usurping much of the CIA's control and intelligence functions in covert operations, being cut off from the military's elite forces with likely constitute deathblow for the CIA in covert operations (for more on this subject, see my Strange Tales of the Parapolitical). 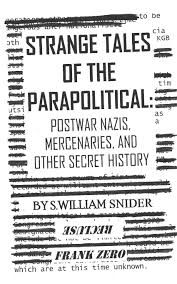 With all of that out of the way, let us consider a few of the more compelling recent developments.

As one of the most miserable years in the nation's history draws to a close, many Americans are still clinging to the notion that normalcy will return once Biden assumes office. Whether Biden will actually assume office is a matter we shall discuss below, but assuming the inauguration goes through, don't count on a honeymoon. Of any kind.

There's been a brewing, covert civil war within the Democratic Party between it's moderate (neo-liberal [read: Rockefeller Republican])and progressive wings for a while now. It nearly became overt in 2016, in the aftermath of the highly contested Democratic primary. Arguably the only thing that has kept it simmering (as opposed to boiling) for the last four years is the person of Donald J. Trump.

With Trump presumably out of the picture, the old tensions have rapidly begun to surface again. Most recently, Democrats in the House found themselves in a standoff over appointments to the powerful Energy and Commerce Committee. Progressive darling Alexandria Ocasio-Cortez (AOC) had been pushing for a spot, but instead faced stiff pushback from her own party. Ultimately, she lost out on a spot on the influential committee to the much more conservative New Yorker Kathleen Rice. Nor was AOC the only progressive denied a spot on the committee.

This is just latest in a series of setbacks for progressive in the aftermath of Biden's presumed victory. Already it is assumed the MAGA crowd will be out in force to protest Biden from day one --for the allegations surrounding his son; for the legitimacy of his presidency; for the role he played in spying on Trump's 2016 campaign; and a host other talking points. But at this rate, it may not be long before they are joined by Black Lives Matter and Antifa. No, these groups won't be protesting shoulder to shoulder anytime soon, but it's difficult to see anyone other than aging, white, "middle class" Baby Boomers still supporting Biden by the end of summer 2021.

And now for your Trump coup (or countercoup, if you prefer) update. The developments just keep getting juicier and juicier. In particular, the Pentagon has really been on a roll of late. After essentially telling the CIA to go fuck itself, days later the DoD opted to stop briefing Biden's transition team.

Most crucially, this means Biden's team will not receive intelligence reports from the DoD until at least the end of the year. While this may not normally be a major issue, with the proxy war between Israel and Iran once again heating up, it raises the prospect that a major conflict could break out with Biden and his team being totally out of the loop.

And I'm just talking about a foreign war, mind you. If, in theory, plans were being drawn up by branches of the military to prevent a Biden presidency, they would probably want the Pentagon to have as little contact with his team as possible during the run up.

Even more interesting was a meeting that took place on December 19th in the Oval Office. Sidney Powell was there, reportedly to discuss the prospect of Trump appointing her as a special council to investigate voter fraud in the 2020 elections.

While it hasn't been definitively confirmed yet, most likely General Michael T. Flynn was also present at this meeting. And reportedly, Flynn's suggestion of deploying the military was discussed. Insider's insist that this option was shot down by the likes of  Rudy Giuliani and other lovers of freedom.

Maybe it was. But this didn't stop Trump from taking to Twitter and calling for a massive protest on January 6.

In the grand scheme of things, that's a very interesting date to stage a protest on. It's a Wednesday for one, and precisely two weeks before the inauguration. It also happens to be the day the House and Senate count the Electoral College votes. It's also the day after the Georgia Senate runoff and potentially for the CIA to be stripped of its access to DoD special operators.

Effectively, the CIA could be stripped of its paramilitary arm on the same day the Georgia Senate race is decided, which will also resolve which party controls the US Senate. The next day, Trump will, in theory, have massive amounts of his MAGA supporters in DC as Congress confirms Biden as the president.

So, there you have it. If a coup is in the works, it will probably get going some time around the 6th. All the ducks seem to be in a row.

Which is what makes this researcher believe that that transition from Trump to Biden will occur. There's been a build up all year for the election to devolve into street fighting. It hasn't occurred yet and most likely will not. It all has the air of the end of the world scenarios surround Y2K and 2012, which largely turned out to be nonevents. 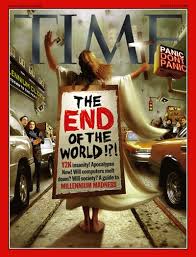 This isn't to say that something isn't in the works. But at this point, I suspect the real disorder will come later in 2021, probably once the summer has set in and the public has been lulled into a sense of complacency over "normalcy" returning. Certainly, there are any number of would-be triggers looming: backlash from a lethal vaccine; Biden's sudden death; the Democratic party's internal civil war breaking out in the streets; new foreign wars; economic collapse; etc. It's not so much a matter of "if," but "when" at this point.

But most likely not January 6. Though a lot can certainly happen between now and then. That has certainly been the theme of 2020. And with that, I shall sign off for now.

If you haven't already, please consider signing up for The Farm's patron. You get two additional, full-length episodes of The Farm per month, featuring exclusive guests and content. Also, my second book, A Special Relationship: Trump, Epstein, and the Secret History of the Anglo-American Establishment Book I, is now available in physical copies on Amazon. If you're looking for a special gift for the parapolitical buff in your life, you could do a lot worse. 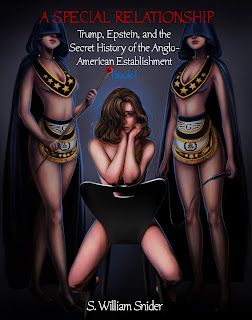