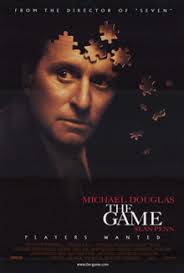 In the pivotal year of 2012, the enigmatic Cicada 3301 was launched. It all started with a series of puzzles left on the infamous 4chan on January 4 of that year. A fresh round would appear on the same day in 2013 and 2014. The puzzles were allegedly designed to locate "highly intelligent individuals." Initially, they largely centered around data security, cryptography, steganography, and internet anonymity. But over time, they became more fixated on the occult, incorporating elements such as Freemasonry, Crowley, runes, and even the highly esoteric work of William Blake. This thread reached an apex with the launch of a tie-in book, Liber Primus, which appears to be something between a codebook and a grimoire.

Cicada 3301 became a global phenomena shortly after its launch and still continues to fascinate despite it being six years since the last puzzle dropped. In 2019, Great Big Story (a subsidiary of CNN) dropped a very slick documentary on the Cicada phenomena called Cracking the Code of Cicada 3301. It followed a group of Cicada fans who still struggles with the ciphers years after much of the rest of the world moved on. The documentary attempts to link the group behind Cicada 3301 to the early 1990s cypherpunks behind the famed mailing list that originated at UC Berkeley. It's all a way to train brilliant individuals in techniques to protect their digital privy while enabling many of these loners to finally find true friends in the process.

That's the Cinderella version anyway. The reality looks far more ominous by the day. Less than three weeks before the election, the arch globalist mouthpiece known as the Financial Times dropped a bombshell: QAnon was an outgrowth of Cicada 3301. Three days later, Heavy joined in on the fun.

Their claims were incredible: that a man named Thomas Schoenberger had taken over Cicada 3301 by 2014 and that he had later set up the Q phenomena. Further, Schoenberger was linked to a slew of former US intelligence officers. They included Veteran Intelligence Professionals for Sanity (VIPS) members William Binney (ex-NSA) and Robert David Steele (ex-CIA). Even more curious are his supposed to ties to General Michael T. Flynn, the former head of the Defense Intelligence Agency (DIA) and Trump's first National Security Advisor. Of course, Flynn served in the latter capacity for less than a month before he was forced to resign in the midst of the scandal. His subsequent legal odyssey could fill an entire blog alone.

But how credible is all of this? Both Cicada 3301 and QAnon are described as "alternate reality games" (ARG) in these accounts. When exactly ARGs first emerged is a matter of some dispute, but they are generally believed to be an outgrowth of the 1980s counterculture, and specifically that of the Bay area. Early influences include Discordianism, the Church of the SubGenius, and chaos magic. Operation Mindfuck would be one of the most obvious predecessors. 1988 witnessed the launch of Ong's Hat, the first proper ARG, and a product of the previously mentioned subculture.

While little acknowledged, ARGs constitute a vibrant subculture in their own right. It all seems terribly clever and as with most clever things, the multinationals were drawn like moths to a flame. Sought after game designers are now frequently used in marketing campaigns for films, TV shows, and the like. In more recent years, it also appears intelligence communities got in on the act. In 2013, Wired (which grew out of the same 1980s counterculture milieu) reported that the Intelligence Advanced Research Projects Activity (IARPA) had begun studying ARGs as a meanings of enabling the Pentagon to better understand human psychology and social behavior. The project was dubbed "Using Alternate Reality Environments to Help Enrich Research Efforts," or UAREHERE.

Its possible interest in such things went back even further. Joseph Matheny, the principal figure behind Ong's Hat, stated that the Navy had approached him some time around 2000 to study synchronicities surrounding Ong' Hat. To his credit, Matheny turned the Navy down, but the game may have an even more perverse interest for the military. In the same interview, Matheny noted: "Unfortunately, what we've discovered is that there are certain personalities types that can trigger a flight into destructive fantasy." Certainly, this would very much seem to be the case with Q. On that note, let us return to UAREHERE for a moment.

This research largely unfolded while many of the former senior intelligence officers who've spent much of the Trump presidency in full LARP mode were still in office. The IARPA is a part of the Office of National Intelligence, then headed by arch Trump antagonist James Clapper. Another arch Trump foe, John Brennan, was then CIA director. Elsewhere, the above-mentioned General Flynn headed the DIA.

The purported direct links of Michael T. Flynn and Schoenberger are especially ominous in light of events currently unfolding in these United States. In the aftermath of the 2020 election Clown Show, the Orange One had sudden changes at the Pentagon. On November 9 (a date steeped in esoteric significance to Nazism), Trump sacked Secretary of Defense Mark Esper and replaced him with Christopher C. Miller.

Miller is as unconventional of a choice of the Secretary of Defense gig as is the timing of his appointment. While its not uncommon for former military men to hold the post, Miller is one of the few career military men to secure the appointment. He dedicated nearly 31 years to the military. The only prior Secretaries of Defense with more time served are Generals George Marshall and James "Mad Dog" Mattis. By contrast, Miller was only a colonel when he retired from the Army. What's more, while the bulk of the experience of Mattis and certainly Marshall resided with conventional forces, the majority of Miller's career was spent among the special operations forces. Specifically, Miller was a Green Beret, and one who was active in Afghanistan. One of his last duties in the Army was to work out of the office of the Assistant Secretary of Defense for Special Operations and Low-Intensity Conflict (SO/LIC). That particular Assistant Secretary is the most senior civilian figure representing the special operations community. As for Miller, he retired from the service in 2014 and joined Trump's National Security Council in 2018. From there, he was made the director of the National Counterterrorism Center earlier this year.

To recap: Miller's entire career has been dedicated to unconventional warfare, counterterrorism, and counterinsurgency. These United States have never had a Secretary of Defense quite like this, either on a permanent or intern basis. And to be sure, Miller has already put his personal stamp on the DoD. A little over a week after taking office, Miller announced that the SO/LIC will now report directly to the Secretary of Defense. Presently, only the civilian heads of the individual branches of the military services report directly to the Secretary of Defense. Now, the United States Special Operations Command (USSOCOM) is effectively its own branch of the armed forces.

Think about that for a moment dear reader. The United States Special Operations Command has effectively achieved parity with the Army, Navy, Air Force, Marine Corp, etc. And keep in mind, the authority for this move ultimately comes from the National Defense Authorization Act of 2017, which was signed into law by Obama. What's more, Sleepy Joe is unlikely to challenge any of these changes. Indeed, given what Biden will be facing in the aftermath of his inauguration (assuming that that actually happens, of course), he may end writing Trump an especially warm thank you note featuring a lifetime's worth of presidential pardons for these actions alone.

The other significant move Trump has made of late is the elevation of Ezra Cohen-Watnick. Cohen-Watnick is a longtime Flynn alley who first hooked up with the general in the Defense Intelligence Agency (DIA). He followed Flynn into the National Security Council, where he was later implicated in leaking materials to Representative Devin Nunes indicating the Obama administration had spied on the Trump campaign. He was ultimately drummed out of the NSC by HR McMaster in the summer of 2017. He returned to the Trump administration in 2018 via the Justice Department and rejoined the DoD earlier this year. In September, Cohen-Watnick was made the SO/LIC, which now reports directly to the Secretary of Defense. Cohen-Watnick, a close alley of Michael Flynn, is now the civilian head of all US special operations forces and has a direct line of communication to the SoD.

But that's not all. As part of Trump's Pentagon shakeup, Cohen-Watnick was also made the Undersecretary of Defense for Intelligence (USDI). While little discussed, the USDI is one of the most powerful positions in the entire national security apparatus. It is arguably the most senior intelligence post in the entire government, with the director of the CIA being its only real rival. The heads of the NSA, the DIA, the National Reconnaissance Office (NRO), and all of the individual military intelligence branches, fall under the command of the USDI. More information on the importance of this post in the post 9/11 years can be found in my first book, Strange Tales of the Parapolitical. But to sum it up, the USDI effectively oversees all branches of military intelligence.

Yeah, that's not a little unsettling. Especially with the links the Flynn Intel Group appears to have to Thomas Schoenberger. This certainly raises some very disturbing prospects as to what ends the QAnon movement could be put towards in the coming weeks and months with current developments in the Pentagon. It is important to remember, however, that Flynn's mentor is General Stanley McChrystal, one of the most vocal critics of Trump. Flynn and McChrystal had been a part of the "Irish Mafia" at Fort Bragg and it was McChyrstal who tapped Flynn to head intelligence for the Joint Special Operations Command (JSOC). Reportedly, Flynn founded his private intelligence company in a townhouse owned by McChrystal.

Are Flynn and McChrystal then possibly working in tandem against Trump? McChrystal has endorsed Biden in 2020. On the other hand, his military career was ruined in 2010 by scathing comments he made regarding Biden. Men as vein as McChrystal rarely let such things go. And he and Flynn have a whole netherworld of misfit toys locked and loaded. In other words, do not expect the techniques developed from the ARG world to go away anytime soon. They will ensure that, regardless of whichever clown prevails in the show, SOCOM will emerge as the true victor. This is what men like McChrystal and Flynn had spent their careers working towards, and they will achieve these ends by hook or by crook.

For more on the ARG nexus that becomes more and more relevant by the day, check out the latest installment of The Farm with We've Read the Documents' John Brisson and Tek-Gnostics' Jack Heart. Enjoy.

Also, consider becoming a patron of The Farm. For five dollars a month, you get two additional, full-length podcasts with exclusive guests and content. I've got big plans for the latter in the coming months. Stay tuned.