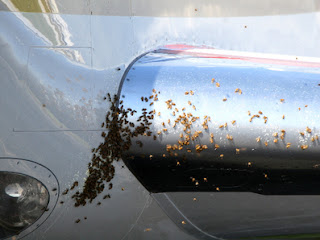 Today I woke up late and noted another strange headline on my homepage:

"Bees on a plane!"Apparently a Falcon Jet was swarmed by a hive of honeybees in a Fort Lauderdale airport. Given the sudden decline in honeybee populations the mentality of the article is rather telling, referring to these majestic creatures as 'pests'

"Law enforcement personnel are searching for an unkempt gunman who asked about honeybees before shooting three men, one of them fatally, in rural areas of Illinois and Indiana. This is being reported by the Associated Press and other news sources on October 7, 2010...

"The gunman fatally shot 45-year-old Rolando Alonso and wounded 19-year-old Joshua Garza near Beecher (Will County), Illinois. The men were working at a fire-damaged home. A third worker escaped into a cornfield...

"Police believe the same man showed up 15 miles southeast, in Indiana, after the Illinois incident and shot a 64-year-old farmer. The honeybee shooter wounded farmer Keith Dahl near Lowell (Lake County), Indiana. The suspect, described as heavyset, unkempt and mentally unbalanced, is thought to be driving a 1990s Chevrolet pickup with a loud muffler...

"Will County Sheriff's Department spokesman Pat Barry said the man tried to talk to all three victims about bees." 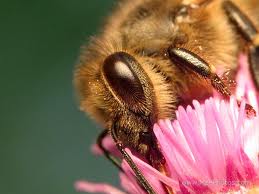