Recluse Back on the Liminalist 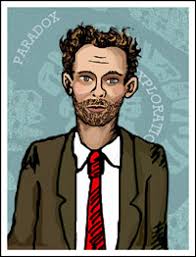 The great Jasun Horsley of Auticulture was kind enough to have back on his show. Ironically, the first podcast I ever did for this blog was with Jasun back in 2016. That podcast was actually recorded shortly before I moved from Florida to West Virginia and was, I believe, the last post I made as a Floridian.

Regular readers of this blog may recall that I haven't had the best luck doing podcasts from my isolated cabin in the Mountaineer state (anecdotes can be found here and here). Fortunately, I was not sick for this one, and there was no extreme weather knocking out the Internet and/or power. As such, this podcast went extremely well. In fact, it may be the best one I've done to date.

That being said, I'm not promising that my pronunciation are going to be any better for this one. I tried to brush up a bit before hand, but Jasun brought up a few topics I had not prepped for. At least I think I got Opus Dei right this time.

On the whole, a host of topics were discussed over the course of this two hour plus chat. Many of the usual suspects turned up --Le Cercle, Donald Trump and Julian Amery, among others. In fact, we discussed the British deep state quite a bit. I attempted to lay out a premise I've been working on that a covert civil war played out in the UK beginning with the Profumo affair and ending with the election of Thatcher in '79. In particular, I attempted to highlight the bizarre relationship future Cercle chairman Brian Crozier appears to have had with the Fabian Socialists, most notably David Owen. For those of you unaware, Jasun is quite taken with the Fabians. His most recent book, Vice of Kings, deals heavily with this topic.


As should come as little surprise to those of you familiar with our respective work, we also found the time to discuss pedophile rings in the UK. More compelling, however, was our discussion concerning the differences in the systems of Aleister Crowley and Julius Evola. I think many of you who are more esoterically inclined will find this particular segment of our conversation quite fascinating. 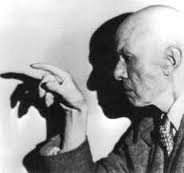 As always dear readers, I hope that you enjoy. Stay tuned until next time.