I'm back on the Opperman Report, this time discussing the various highlights from my "Goodfellas" series.

Topics broached included the curious history of Resorts International, a gaming interest with extensive ties to the US intelligence community and organized crime that Donald J. Trump became CEO of in 1986; Trump's sinister political mentor, attorney Roy Cohn; Cohn's links to the Profumo Affair and how this scandal disgraced globalist elements of the Tories while sparing those eventually linked to the Pinay Circle/Le Cercle; the presence of so many descendants of key figures of the Round Table movement figures, especially those linked to the Cliveden Set, in Le Cercle; Roy Cohn's links to the long reputed Son of Sam cult; the overlap between said cult and various Christian Identity terrorists; the possibility Manson was a follower of identity "theology"; the far right connections of the Process Church of the Final Judgment; the credibility of Maury Terry; the many sex scandals Cohn's longtime private detective Thomas Corbally appears in; the Mueller probe as an instrument to silence Cohn's former associates; Roger Stone and NXIVM; and of course the Company and Kentucky Derby days. In other words, its quite an epic chat that Ed and I have.

The interview can be found here.

The articles that this interview is based upon include:

A big thank you to Ed for having me back on. I hope everyone enjoys the chat. As always dear readers, stay tuned. 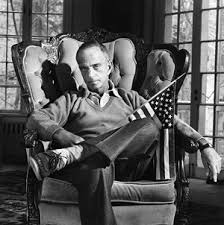