Ireland becomes the second European nation to go down the path of Banana Republic this Sunday when they opted to accept a joint EU/IMF bailout. MSNBC gleefully reports:

"DUBLIN — Ireland on Sunday became the second European nation to ask for a multibillion euro rescue loan to help stabilize its debt-ridden banks and Europe's finance ministers scrambled to talk about ways to relieve the country's debt crisis.

"Ireland's Finance Minister Brian Lenihan refused to give a precise figure on the fund, saying only that it would reach tens of billions of euros. He denied the figure would top euro100 billion ($136.7 billion), as some had speculated.

"The U.K., which is not in the eurozone but has a big exposure to Irish banks, reiterated Sunday that it was ready to support Ireland in 'the steps it needs' to stabilize its banking system.

"Britain's Treasury said that a stable and successful Irish banking system was in 'Britain's national interest' and that 'the UK will be closely involved in discussions on the scale and type of assistance as they develop.'"

Translation: Ireland will be saddled with decades of interest payments on a massive loan that will primarily be spent on propping up the banking system, much of which is foreign-owned. 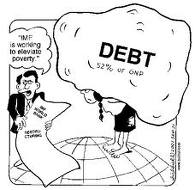 The question then becomes, who in Ireland is going to be the one paying down this debt? MSNBC drops a strong hint as to who won't be paying off the loan:

"Both Cowen and Lenihan stressed that Ireland's 12.5 percent rate of tax on business profits — its most powerful lure for attracting and keeping 600 U.S. companies based here — would not be touched no matter what happened. France, Germany and other eurozone members have repeatedly criticized the rate as unfair and say it should be raised now given the depth of Ireland's red ink."

Essentially this means that the Irish public at large will be saddled paying off the EU/IMF loan that will largely be used to sustain the banking system and other politically connected industries such as insurance. Thus, not only will the Irish have to contend with years of stagnate economy, but also crushing tax burdens and inflation combined with massive cuts in social services. 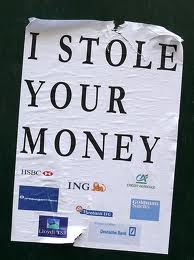 As an interesting twilight language side note, the current Prime Minister of Ireland is Brain Cowen. In Freemasonic jargon a cowan is defined thus:

"This is a purely Masonic term, and signifies in its technical meaning an intruder, whence it is always coupled with the word eavesdropper."

In other words, a cowan is something of a traitor. That would certainly be an apt description of Brain Cowen in relation to the Irish public. It's also interesting to note the actions of another Cowan that's been in the news of late in association with Bristol Palin. Loren Coleman notes on his blog:


"According to court documents, 67-year-old Steven Cowan of the small town of Vermont in Dane County, Wisconsin, became enraged while watching Palin dance on Monday evening, November 15, 2010. He felt Palin was not a good dancer and he was fed up with politics. He went to his bedroom and returned to the living room with a shotgun and blasted his television, then reportedly pointed the gun at his wife, who managed to escape and call police. A SWAT team surrounded the couple's Wisconsin farmhouse and officers were able to talk Cowan out Tuesday, after an all-night standoff." 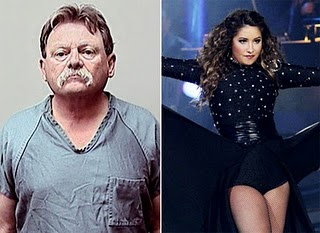 Bristol is also a major historic port city in England. This leads to a bizarre name association where one Cowen sells out his nation to the Anglo-American banking interests while another Cowan sells out his sanity over the dance moves of a Bristol. Don't ask what it means because I have no idea...

Anyway, back to the bailout.

Naturally the Irish public at large may not be entirely pleased with this state of affairs as the bailout lacked widespread popular support. They may even respond in a fashion similar to the Greeks. 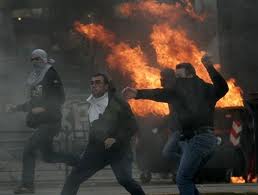 That's why the next stage will be one of dehumanization, in which the Irish will be pampered as welfare trash leeching off of the lifeblood of the noble bankers and their cronies. 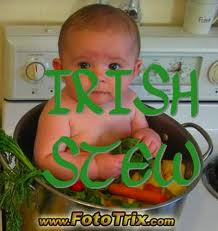