The Postmodern King of the World 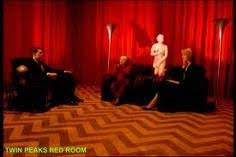 By now, I'm sure many of you have heard about the Conservative Political Action Conference (CPAC)'s rune. For those unaware: This annual event, a rallying point for the Republican party, unfolded between February 25 and 28th in 2021. CPAC normalyl finds a way to generate some minor controversey, but this year was special. This particular conference will be remembered for the stage, which appeared to be in the shape of an odal rune.

The meaning of this rune is a matter of some dispute, but it's generally associated with nobility, lineage, and inheritance. As such, it has been used in a rather predictable fashion in modern times. The odal rune was appropriated by Nazi Germany, specifically the SS, as an emblem. More recent fascist and Nazi groups, such as South Africa's White Liberation Movement and Italy's National Vanguard, have also employed this particular rune.

Some have described the odal rune at CPAC as inverted. This is a fair enough assessment. Typically, the "wings" or "feet" of the rune are placed at the bottom. In the case of the CPAC stage, they're at the top. So, if this rune is typically associated with nobility (including noble bloodlines), are these Republican kingmakers signaling that they're not up to the task? 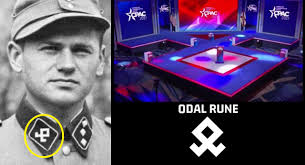 The first time the Owl Cave symbols appears is towards the end of the second season. Within Owl Cave, it appears on a devise that reveals a map to the Black Lodge. It's later revealed that the Black Lodge can only be entered during a conjunction of Jupiter and Saturn, i.e. a Great Conjunction.

All of this is interesting in light of developments with in the QAnon ARG that I recently addressed here. To recap: There seems to be a full blown effort afoot to take QAnon deep into Theosophical waters with the recent Shawunawaz and Sabmyk LARP.

Shawunawaz is a mythological sword originally crafted by the Orion Kings of Atlantis. Over the years, the sword was wielded by an hero worth his or her salt --Gilgamesh, Achilles, Alexander, Spartacus, and even Napoleon. In more recent years, the sword was returned to it's rightful owner, the Persian Princess Ameli Achaemenes, by none other than George Soros. Princess Ameli destroyed the sword so that it's power could no longer be abused, but it appears to have returned to us in these trying times. Or possibly Princess Ameli can transform herself into the sword of Shawunawaz. I'm not entirely clear on that point dear reader.

Anyway, the sword has returned, in some form or other, so that it can be wielded by an entity known as "Sabmyk," the "preordained ruler of the world." This being came into existence on December 21, 2020 --which just happened to be a Great Conjunction --or began the process of assuming his kingship. Again, it's not entirely clear (like much of this mythos).

Sabmyk also has a symbol with shades of the Owl Creek thing, and is closely associated with 12, the number of trees in the Glastonbury Grove, where the Owl Cave symbol leads too, and where the Black Lodge can be accessed during the conjunction.

There are some other interesting numbers connected to Sabmyk as well:
This Sabmyk character is a little more than a thinly-veiled variation on Theosophy's old Maitreya trope: the Ascended Master of Ascended Masters, sent to guide humanity's spiritual development during troubled times. Or some such shit. It's gone through quite a few variations over the years, touching everything from the I AM movement and the Church Universal and Triumphant.

In many ways, it was inevitable that QAnon would end up with their own version of the Maitreya. People connected to it like Thomas Schoenberger and JZ Knight have been pimping the Ascended Masters claptrap for years now. Sooner or later, they would need their World King, right?

Really, this is par the course for Theosophy and it's derivatives. We touched on this a bit in a Farm episode this past summer, but it bears repeating here: One of the defining legacies of Theosophy in the twentieth century was the "inspiration" it provided to authoritarian political movements of various stripes --Bolshevism, Nazism, synarchy, and even the Moral Re-Armament movement (which helped mold so much of today's Christian right) were all touched by it, especially the Ascended Masters teachings.

This is not entirely surprising, given that Theosophy worshipped hierarchy every bit as much as the Traditionalists (who were themselves heavily indebted to it).  Of course, Theosophists and their ilk hide behind phrases like "spiritual hierarchy," and insist that anyone can pass through the grades with the proper spiritual development. And naturally, this spiritual development is generally only available through expensive courses that only affluent white people can afford.

But what about the gurus?

New Age sects have a disturbing tendency to deteriorate into cults of personality around a charismatic "teacher." NXIVM (which grew out of the closely related "Human Potential movement") is an industrial strength example, but a host of New Age figures from Werner Erhard to Carlos Castaneda have engaged in some very dubious behavior in regards to their followers. 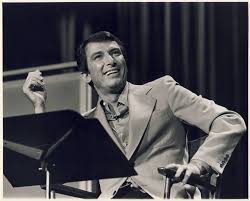 With Theosophy's DNA spread so widely now throughout a host of fringe right and left wing groups, it should come as little surprise that authoritarian movements, be they QAnon or "Cancel Culture," are so pervasive. The timing is especially noteworthy: Bolshevism and Fascism both had their coming out parties around the 1919/1920 timeframe. This paved the way for two decade dominated by dictatorships. A hundred years later, and it looks like the stage is set once again.

The earlier project came to a crashing halt in 1945. But if Christopher Knowles is correct (as he normally is), the project got jumpstarted again in 1947 via a novel means: technology, or maybe more accurately, "Lucifer's Technologies." A major outgrowth of the postwar technological boom was the PC and the Internet. And neither QAnon nor Cancel Culture would be possible without either of those things. Indeed, the authoritarianism of the twenty-first century is wholly derived from Lucifer's Technologies. 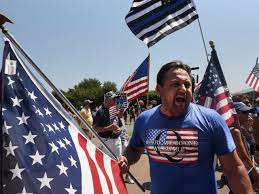 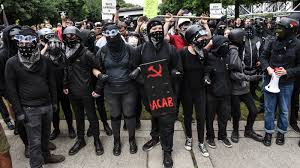 There's another component, however, that is not often talked about: postmodernism. Postmodernism first began to gain traction in academia during the 1980s. By 2004, it arguably became the dominate paradigm in the West, not just within academia, but also among the managerial class groomed by academia. For more on this transformation, see Bradley Bowden's Work, Wealth, and Postmodernism. And as I recently discussed with the great Edmund Berger, postmodernism has an authoritarian bent as well, and schizophrenic one to boot.

The end result of this is a ruling elite who, on the one hand, believes godhood via their technologies is imminent, and, on the other, believes that there is no longer any objective truth or meaning. Hence the reverence for science, which can no longer even adhere to the scientific method. To say that this will not end well is an understatement.

But as Knowles suggests, that's probably the point. Another thing about the rise of postmodernism is that it's the perfect paradigm for high strangeness. In modernism, a UFO is either a nuts-and-bolts spacecraft from Zeta Reticula, swamp gas, or a delusion. In postmodernism, it can be all of these things, as well as an inter-dimensional AI, a demon/angel, a time travelers, and a host of other possibilities, all simultaneously. The same is true of the supernatural, esp, and anything else that falls under high strangeness. Postmodernism is at least capable of providing a more satisfactory explanation for these things than it's predecessor ever could. And it seems at least as adapt at generating authoritarian political currents.

Fittingly,. Twin Peaks is perhaps the one fictional work they really got high strangeness right. It captured the nonsensical aspect of it like no other. And make no mistake about it: Nonsense is a crucial aspect of all of this. Both postmodernism and high strangeness thrive off of it.

To return to Knowles, who has been hitting it out of the park lately: In another recent post, he suggests that the bizarre behavior often demonstrated by events of high strangeness maybe a form of "depatterning." Effectively, its a means of reorienting human perception, by assaulting our drive to find meaning and structure in things.

"Incidentally," this is also a major preoccupation of postmodernism as well. Indeed, one of it's most celebrated offshoots is known as "Post-structuralism," which is basically an attempt to reject all forms of structure. With this paradigm now dominating intellectual currents throughout the West, the absurdity and surrealism of demonstrations in the twenty-first century makes a lot more sense. But is there something even more nefarious at play?

This embrace of postmodernism on a societal wide level is doing far more to reorient human perception than random encounters with high strangeness by lone individuals or small groups ever could. To this researcher, it comes off as a form of societal wide conditioning. The public is being primed for a whole new way of thinking. 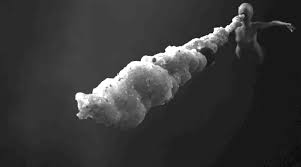