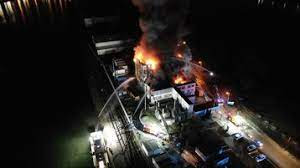 All right, the house keeping. We're past the 16th of the month, which means there's a new episode up in The Farm's subscribers' section. Joining me for this installment is the legendary parapolitical researcher Douglas Valentine. He is the author of The Phoenix Program: America's Use of Terror in Vietnam, The Strength of the Wolf: The Secret History of America's War on Drugs, The Strength of the Pack: The Personalities, Politics, and Espionage Intrigues that Shaped the DEA, and most recently The CIA as Organized Crime: How Illegal Operations Corrupt America and the World.

In this one on one discussion Douglas and I explore the legacy of Federal Bureau of Narcotics (FBN) agent Garland Williams. While long overshadowed by the legendary George Hunter White (he of Operation Midnight Climax infamy), Williams is the FBN agent to exert the most profound influence on the American national security state. We explore how Williams helped create the Army's famed Counterintelligence Corp and, later, the Office of Strategic Services (OSS). In the process, he laid the foundation for much of the modern day national security state. During the postwar years, he remained active, playing a crucial role in re-launching the international drug trade. Finally, we get into the potential role Williams played in either Projects ARTICHOKE or MK-ULTRA.

To wrap up, I have Douglas reflect on the little remarked upon role the Phoenix Program had on the international drug trade. Valentine expands on this, and brings things back home with an overview how this legacy is still playing out. All in all, an insightful chat with one of the greatest parapolitical researchers of them all.

It's no secret that the past four years were hard on the left for any number of reasons. But many preferred to latch onto the "colorful" persona of former President Donald Trump as the greatest ill facing the nation. How many times did he embarrass the country before the podium, or really, in any public appearance? Praise be given that Joe Biden is hard at work restoring "dignity" to the office of the presidency:

This is but one of several recent gaffes for Biden. And that's when Biden has actually appeared in public. His handlers appear to be doing everything to limit his visibility. Most notably, he's yet to deliver a State of the Union address. Biden waited 64 days to even book a press conference since taking office, the longest gap in a century. It's not just the press or the American public with limited access to Biden either. Vice-president Kamala Harris has been visibly conducting foreign policy since taking office. And then there's this video, which potentially exposes Biden in front of a green screen:

The above video should certainly be taken with a heaping grain of salt. But given Biden's struggles to even board an airplane, a little stagecraft can't be discounted. And keep in mind folks, we're just a little over two months into the Biden presidency. Whether the Biden presidency will even make it past 2021 before conceding to the Harris presidency is highly debatable at this point. This is just one of many crisis the Democrats will be faced with in near future.

One currently blowing up goes by the name of Andrew Cuomo. Remember how roughly a year ago this guy was being bantered about as a possible replacement for Biden? And on the strength of his COVID response no less.

What a difference a year makes.

After months of rumblings that nursing home-related COVID deaths were being covered-up in New York state, the dam finally broke early this year. It's now coming out that Cuomo and senior staff have been involved in covering up said deaths for months now. What's more, this cover-up was largely driven by political considerations: Trump's FBI may have investigated Cuomo and tarnished his image as the COVID response king. Instead, he'll be investigated by Biden's FBI.

Presently, Cuomo's COVID response is the least of his concerns. In December 2020, the first complaint of sexual harassment was lobbed at the New York governor. However, since the end of February, over half a dozen women have come forward. Naturally, the floodgates opened shortly after the FBI investigation into nursing home allegations was announced.

The sexual harassment allegations against Cuomo are highly plausible. This is a man who shows up in Epstein's black book after all. But in politics, timing is everything. And in this case, Cuomo's litany of personal misdeeds is far less damaging than his COVID response with the Democratic Party gearing up for the Great Vaccination Putsch of 2021. As such, any perception of mismanagement on behalf of the Democratic COVID response is especially problematic. Hence, cancel cultures has ben unleashed on Cuomo in a bid to drive him from the governor's mansion before the nursing home deaths investigation really ramps up.

All signs point towards the vaccination efforts being a disaster of epic proportions. Multiple European countries have suspended the Oxford-AstraZeneca coronavirus vaccine over concerns that it led to blood clots in certain cases. The usual suspects were quick to insist these concerns were overblown. Just as they insisted there was nothing amiss with New York state's COVID response among their nursing homes last year. As with all things, time will tell.

March has already seen a lot of action on this front. At the beginning of the month, the 2021 Microsoft Exchange Server data breach was revealed to the public. Some experts have already warned that this incident could be more destructive than the SolarWinds hack. Whether this is more hyperbole or not remains to be seen, but it is certainly significant. In keeping with the new direction in US foreign policy, the latest attacks have been pinned on China.

Days later, a massive fire broke out at a data server in France. The server, OVH, is the largest in Europe and the third largest in the world. This raises a lot of possibilities for the fire. For one, the world's other largest cloud providers --Amazon Web Services, Microsoft Corp’s Azure, and Alphabet Inc's Google Cloud --are all owned by American tech giants. Further, OVH had continued hosting Wikileaks after it was dropped by Amazon more than a decade ago. This led British intelligence to monitor the company's CEO. I've been unable to determine if OVH still hosts WikiLeaks, but regardless, payback could still be in play even if the company served ties. In that regard, it's interesting that the fire occurred a little over a month and a half after a Democrat re-entered the White House. As I'm sure many of you are aware, the Democratic Party and their 2016 candidate have long insisted WikiLeaks was instrumental in their loss of the presidential election that year.

There may have been a more practical reason for the hack than mere revenge, however. The OVH datacenter housed 140 servers used by government-sponsored hacker groups and criminal syndicates, 36% of which were knocked out by the fire. At the forefront of groups affected were Charming Kitten and APT39, two of Iran's leading cyberwarfare groups. This comes at a time when tensions between Iran and Israel remain high. Certainly knocking out a portion of Iran's cyberwar capabilities would be a sound opening salvo in a hybrid war.

And so the world turns dear readers. With that I shall sign off for now. As always, thank you so much for reading and listening.