Not Just Another Phyllis George Obituary 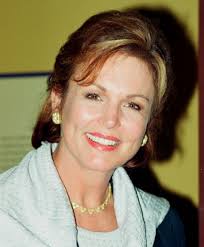 Inevitably, the glowing obituaries have followed. No doubt you know the story by now: she was a former Miss America who became a trailblazer when she joined a revamped The NFL Today in 1975. At the time, she was a true anomaly: a female voice in the most masculine of sports. She carved out a niche for herself and in the process opened doors previously closed to women. She deserves credit for this, even if NFL football is little more than a Syndicate LARP. This in and of itself is quite fitting considering the trajectory her life took after 1975.

In 1977, she married legendary Hollywood producer Robert Evans, who was then entering into the twilight of his career. A few years later, Evans would look to organized crime for financing what was supposed be his comeback picture, The Cotton Club. That didn't work out so well, as the film was a box office flop and is now only remembered for the infamous murder connected to it.

George divorced Evans in 1978, thus avoiding direct involvement in that scandal. However, she did not escape the circle of associates Evans kept. Indeed, she appears to have plunged further into these murky waters with her next husband, business magnet and future Kentucky governor John Y. Brown.

While George's time as Kentucky's First Lady is now being celebrated, little attention is being paid to the numerous scandals that ravaged her husband's administration. A major sore point were Brown's ties to a Kentucky-based criminal organization known as "The Company." Unlike most gangs (at least back then), the Company was comprised almost exclusively of former military men and law enforcement officers. This made them especially adept at drug and arms trafficking. The Company even had the reach to procure classified weapons from the China Lake facility.

Nor was John Y. Brown the only VIP The Company had links to. A young Donald Trump was firmly in their orbit. The Clinton family appears to have been on the action as well, making the 2016 election a kind of family reunion (along the lines of the Five Families, of course). After leaving office in 1983, John Y. and George relocated to New York. Their residency? Trump Tower, which was then become a haven for various syndicates. Naturally, this curious "coincidence" will not appear in any other George obits.

But her potential Company ties are not the strangest skeleton in George's closet. You see, The Company and the crooks behind the "Cotton Club murder" appear to have had the same drug connections, among other things. And of course there's the presence of Robert Evans, George's ex-husband, lurking in the background of all of this. And Donald Trump himself, of course.

A "lifelong friend" of Evans was the enigmatic reputed spy and private detective Thomas Corbally. Corbally worked for Trump, as well as the Orange One's former attorney and political mentor Roy Cohn. Indeed, Corbally considered Cohn to be one of his two mentors. Corbally's other mentor was a private detective who was arrested in Kentucky in 1973 with a man who eventually sold Trump his shares in the mobbed and intelled up Resorts International, which Trump became the CEO of in 1987. That's a fascinating story I will soon be telling for the Penny Royal podcast (which is going to be unbelievable, BTW).

And then there is the surprisingly compelling possibility that Cohn, Corbally, and the "Cotton Club murder" were all linked to a cult that perpetuated the Son of Sam killings. That's certainly an episode that will be skipped in George's obits when discussing Evans.

But that's why you're here. And if you're still not sick of my musings, check out my latest interview of The Higherside Chats: