I was in the midst of reading Loren Coleman's excellent recap of the self-immolations surrounding the Tunisian protests when a striking instance of synchronicity appeared to me.

But, to briefly recap the situation in Tunisia: A little over a month ago a 26 year old named Mohamed Bouazizi set himself on fire in Tunisia in protest over the government. 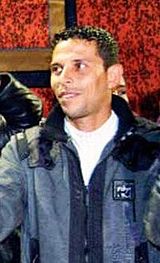 Shortly thereafter nation wide protests broke out which eventually led to the collapse of the regime of President Zine El Abidine Ben Ali. At present protests are still occurring over the new regime. Self immolations are also still occurring:

"An Egyptian man who set himself on fire today in front of the parliament building in Cairo was the latest in a wave of self-immolations in North Africa since a Tunisian man's fiery suicide sparked a revolution last month.

"At least five other copycat burnings, which appear to be in protest of economic conditions, have been reported in four Algerian towns and in the capital of Mauritania in the past five days.

"Some experts on North African politics say the toppling of Tunisian President Zine El Abidine Ben Ali, the first Arab leader in generations to be brought down by public fury, has inspired and emboldened activists in the region." 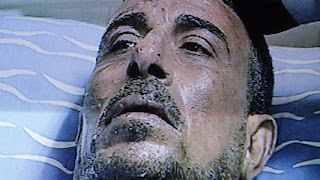 While I'm certainly not ready to hail the events in Tunisia as a harbinger of things to come, the date on which the initial self immolation occurred is quite significant: December 17th. Regular readers already know I am quite obsessed with this date and the number 17 in general. A recap of this obsession can be read here.

To briefly recap: December 17th was the traditional start date of the Roman holiday of Saturnalia. This holiday, one of the main in ancient Rome, is typically associated with drunken merrymaking. However James Frazer in his classic The Golden Bough speculated that Saturnalia may have had more sinister origins. He found accounts that in many of the Roman provinces Saturnalia was typically celebrated by executing a prisoner on the 17th of December that had been playing the part of 'King Saturn' for the past month. 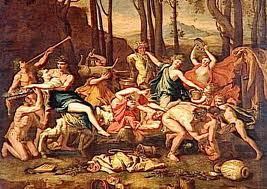 Mohamed Bouazizi not only set himself on fire on December 17th, but he died 17 days later.

A further synch between the Saturnalia festival and the current protests in North Africa is the rather bloody history ancient Rome and the Tunisian city-state of Carthage shared. By the third century BC Rome and Carthage were in mortal combat for control of the Mediterranean. This led to a series of massive wars, especially the second one, known as the Punic Wars. It here that we find the legendary Carthaginian general Hannibal who nearly conquered Rome during the Second Punic War. 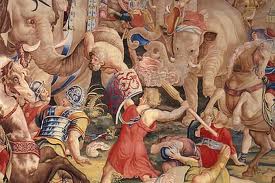 Rome eventually triumphed and burned Carthage to the ground. In some accounts they even throw salt upon the ruins so that nothing would grow there. Eventually the Romans were forced to rebuild Carthage, which became the centerpiece of their Empire in North Africa. It would remain as such until the late seventh century AD when the Muslims finally drove out the Byzantine forces and once again razed Carthage. Presently the Tunisia capital city of Tunis sits upons the former site of Carthage. 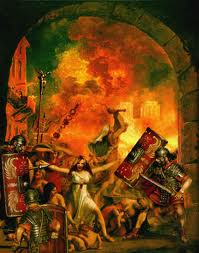 And now we have the spectacle of Tunisia once again falling into chaos following events that transpired on one of the main Roman holidays. 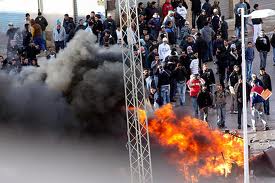