22, the Autumn Equinox and Germ Warfare 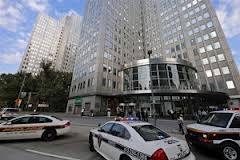 This afternoon I was greeted by a rather curious and disturbing development. According to Raw Story a human being known as Klein Michael Thaxton entered Pittsburgh's Gateway Center carrying two mysterious bags. He then preceded to take a hostage, hole up on the 16th floor, and proclaim that he has a bomb. Presently Pittsburgh police and engaged in a stand off with Mr. Thaxton. Hopefully this situation will be resolved peacefully by the time many of my readers skim over this piece.

I was immediately struck by several occurrences of twilight language this incident has already yielded. The most obvious are the connections to the Aurora shootings, which occurred exactly two months and one day ago from this current event. The alleged perpetrator of that tragedy, James Eagan Holmes, had just reappeared in the news yesterday when Colorado prosecutors abruptly dropped their bid to gain access to a notebook Holmes had mailed to University of Colorado psychiatrist Lynne Fenton shortly before the killings. While it's been widely suspected that something damning resides within the pages of that notebook this development was largely overshadowed by Holmes new appearance. His trademark reddish-orange died hair had been replaced by a new haircut. Strangely, Holmes seemed to project the same kind of vacant gaze that Tucson shooter Jared Lee Loughner has displayed from time to time in his court appearances. Loren Coleman has written more on this here. 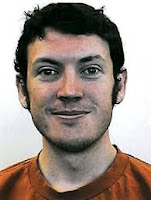 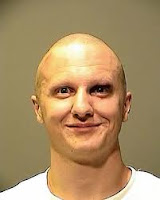 Besides Holmes reappearing in the news yesterday there is a more direct link between the current standoff in Pittsburgh and the Aurora shootings: the film The Dark Knight Rises. This was of course the film that was being shown in the Aurora theater that Holmes allegedly open fired in. The Dark Knight Rises was largely filmed in Pittsburgh, according to the Timesonline. What's more, several members of the NFL team the Pittsburgh Steelers appear in the film in a sequence that was shot at the Steelers' stadium, Heinz Field.

Some other curious grains of twilight language are also present. The Pittsburgh perpetrator, Klein Michael Thaxton, is said to be 22 years old. The number 22 has much esoteric significance. There are 22 major trumps in Tarot, 22 letters in the Hebrew alphabet and 22 paths of the Tree of Life, among other things.


"This number, perhaps, symbolizes the manifestation of being in all its diversity and during its allotted span, that is, in both space and time. In fact, it is the sum total of the twenty-two letters which, according to the Kabbalah, give expression to the universe. There are the three fundamental letters, the equivalents of alpha, omega and the letter M, which are archetypal figures; the seven double letters which correspond to the intermediate world of the understanding; twelve simple letters corresponding to the world of the senses. Of course this teaching relates to the letters of the Hebrew alphabet, but has its analogies in the Ancient Egyptian hieratic alphabet as well as in Phoenician, Ethiopic and other languages...

"However the interpretation of twenty-two as the 'symbol of all natural forms and of created history as a whole'... may well go back to the ancient Zoroastrians. Their Avesta was written in books each of twenty-two chapters and their collection of prayers contains twenty-two chapters, too, while there are twenty-two major arcana in the Tarot."
(Dictionary of Symbols, Jean Chevalier & Alain Gheerbrant, pg. 1046) 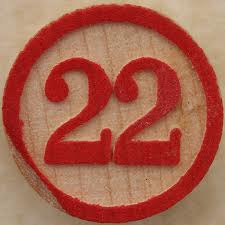 The number 22's association with time is compelling considering how much play the end of the Mayan calender on December 21, 2012 has gotten of late. Of course the fact that the current hostage situation in Pittsburgh is occurring exactly three months before the Mayan calender ends is rather curious as well.

Another strange association with twenty-two that occurs to me is that this year's Autumn equinox will happen tomorrow, September 22, 2012. According to the thirty-third degree Freemason Manly P. Hall  the Autumn equinox was traditionally celebrated on September 21. Of it, Hall writes:


"The autumnal equinox is analogous to the mythological fall of man, at which time the human spirit descended into the realms of Hades by being immersed in the illusion of terrestrial existence."
(The Secret Teachings of All Ages, pg. 244)

This is rather ominous when taken in conjunction with the 2012 doomsday hype and the spiraling cycle of violence at play in both America and the world abroad at the moment. I've already covered a bit of the fallout from the protests in Libya and Egypt before here so I won't dwell on them now. Suffice to say, things are getting crazy out there and the current hostage situation in Pittsburgh is just the latest manifestation of this.

Finally, there's one last point of twilight language I wish to consider: the location of today's standoff. Pittsburgh originally began as the location of the notorious Fort Pitt. It was here that one of those most barbaric incidents of the massively barbaric American Indian Wars occurred. In 1763 Captain Simeon Ecuyer gave representatives of the Delaware tribe blankets infected with small pox during a parlay. This represents one of the first known uses of germ warfare.

Happily, the standoff in Pittsburgh seems to have ended without bloodshed. Still, I am most unnerved by the hidden implication of this incident --the Autumn equinox, the Mayan calender, 22, and germ warfare make for unsettling bedfellows, to say the least. It says a lot about the state of affairs in the world today that such an event as today's hostage standoff in Pittsburgh will quickly be forgotten. After all, with all the bloodshed abound, this is not a major event.

Still, the symbols underlining this event point towards further dark days and nights ahead. 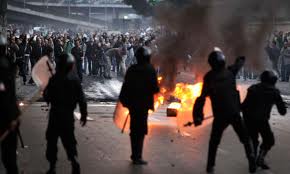