While this is not the type of topic VISUP normally addresses, police brutality is of great interest to me and I believe the following article does a fine job of raising awareness concerning yet another draconian piece of legislation that is slowly making its way through the states concerning the citizen's ability to videotape on duty police. The article notes:


"Police brutality takes many forms around the country on a regular basis, particularly in poor and minority neighborhoods. Sometimes, the only method of accountability is a victim’s word (if they are still alive) against that of an officer. Unsurprisingly, the police officer’s version of the story is often adequate for a judge to dismiss allegations of wrongdoing, unless there is hard evidence of misconduct, such as a video or audio recording, which can be useful to unravel conflicting versions of police-citizen encounters.

"Due to advancements in technology, the average citizen carries a digital camera in his or her pocket or purse, creating a potential army of amateur videographers on every street corner. A quick YouTube search of "police brutality" lists endless videos, often cell phone footage, of what appear to be police acting with unnecessary and violent force. Some of those videos have served a crucial role in bringing charges against brutality that may have gone unaddressed had it not been for bystanders recording."


"One would think the fear of videographers on every block would be a powerful deterrent to police misconduct. However, legislatures are not taking this newfound power against police abuse lightly. In at least three states, it is illegal to record any on-duty police officer, even if the encounter involves you and may be necessary to your defense, and even if the recording is on a public street where no expectation of privacy exists. The legal justification is usually based on the warped interpretation of existing wiretapping or eavesdropping laws with statutes against obstructing law enforcement sometimes cited.

"Illinois, Massachusetts and Maryland are among the 12 states where all parties must consent for a recording to be legal. Since the police do not consent, the camera-wielder can be arrested and charged with a felony. Most all-party consent states (except Illinois and Massachusetts) include a "privacy provision" that says a violation occurs only when the offended party has a reasonable expectation that the conversation is private. This is meant to protect TV news crews and people who record public meetings — where it is obvious to all that recording is underway — from accidentally committing a felony."

Naturally the police themselves are quite opposed to such acts on the part of the citizenry:


"In the most comprehensive article to date about recording the police —' The War on Cameras' — Radley Balko interviewed James Pasco, executive director of the national Fraternal Order of Police (FOP), which describes itself as 'the world's largest organization of sworn law enforcement officers.' Pasco argues that videotaping police officers in public should be illegal because it can intimidate officers from doing their jobs. Mark Donahue, president of FOP, concurs, telling the New York Times that his organization 'absolutely supports' the eavesdropping act and was relieved that the ACLU's challenge filed last year failed, adding that allowing the audio recording of police officers while performing their duty 'can affect how an officer does his job on the street.' ”

And we wouldn't want the police effected from doing their jobs, now would we? The hypocrisy of this stance is of course staggering, as the Double Mind is want to be:


"However, when considering recent developments in police surveillance, Pasco's argument is rather baffling. In stark contrast to the laws banning citizens from monitoring police misconduct with recording devices, police officers are equipped with top-of-line surveillance cameras in their cars and on their uniforms. According to a recent AP report, hundreds of police departments across the country are equipping officers with tiny body cameras to record anything from a traffic stop to a hot vehicle pursuit to an unfolding violent crime. The mini cameras have even spawned a new cable reality TV series, Police POV, which uses police video from Cincinnati, Chattanooga and Fort Smith, Ark.

"The cameras are intended to provide more transparency and security to officers on the street and to reduce the number of misconduct complaints and potential lawsuits. Which begs the question: what is the difference between these cameras and the footage captured by citizens in public? Why is it acceptable for police officers to record, but not citizens? Aren't the uniform and dashboard cameras, which unlike citizen recordings document police actions all through the day, intimidating police from doing their jobs, just as Pasco suggested?" 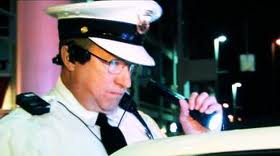 The absurdity goes far beyond the cameras police officers themselves are equipped with. We the American public are progressively moving down a path in which virtually every aspects of our lives in public places will be videotaped. Popular Mechanics hails the new era as 'the Surveillance Society,' noting:


"In the late 18th century, English philosopher Jeremy Bentham dreamed up a new type of prison: the panopticon. It would be built so that guards could see all of the prisoners at all times without their knowing they were being watched, creating  'the sentiment of an invisible omniscience,' Bentham wrote. America is starting to resemble a giant panopticon, according to surveillance critics like Bob Barr, a former Republican congressman from Georgia. 'Were Bentham alive today, he probably would be the most sought-after consultant on the planet,' he recently wrote in a Washington Times op-ed...

"The debate over surveillance pits the tangible benefits of saving lives and dollars against the abstract ones of preserving privacy and freedom. To many people, the promise of increased security is worth the exchange. History shows that new technologies, once developed, are seldom abandoned, and the computer vision systems being adopted today are transforming America from a society that spies upon a small number of suspicious individuals to one that moni­tors everybody. The question arises: Do people exercise their perfectly legal freedoms as freely when they know they're being watched? As the ACLU's Stanley argues, 'You need space in your life to live beyond the gaze of society.'

"Surveillance has become pervasive. It is also more enduring. As companies develop powerful archiving and search tools, your life will be accessible for years to come in rich multimedia records. The information about you may be collected for reasonable purposes--but as its life span increases, so too does the chance that it may fall into unscrupulous hands."

Of course, powerful multinational corporations and imperialistic Western governments wouldn't qualify as 'unscrupulous hands.' And very soon dear reader, not only will your public life be brought to the light of the surveillance camera, but so to will your private. Our friends across the pound in Britain have already begun a pilot program aimed at installing cameras in the homes of 'troubled' parents:


"The Children’s Secretary set out £400million plans to put 20,000 problem families under 24-hour CCTV super-vision in their own homes.

"They will be monitored to ensure that children attend school, go to bed on time and eat proper meals.

"Private security guards will also be sent round to carry out home checks, while parents will be given help to combat drug and alcohol addiction.

"Around 2,000 families have gone through these Family Intervention Projects so far. 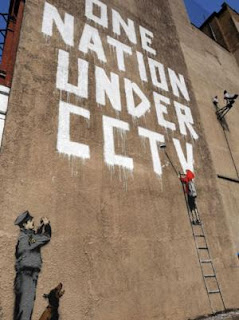 In the name of a brighter future, all must submit to Bentham's 'sentiment of an invisible omniscience,' except the police forces and all of those other good shepards, naturally. 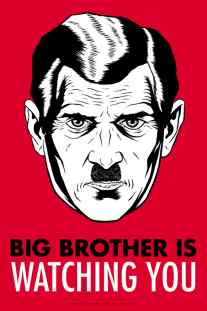