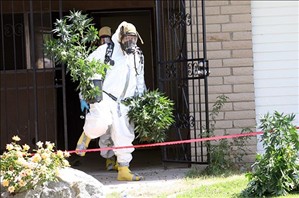 This past week a Florida Senate panel approved a bill that will surely warm the collective heart of the aged, yuppiedom, and other 'decent' people across this fine state:

"A bill to mandate drug tests for welfare recipients was unanimously approved by a Florida Senate panel earlier this week, putting the proposal one step closer to coming up for a full Senate vote of approval.

"The legislation, S.B. 556, would also require that welfare applicants pay for their own drug test before they can be approved for any state assistance.

"As draconian as that sounds, it enjoys solid support by the state's Republicans and recently-elected GOP Governor Rick Scott. It was proposed by Republican Sen. Paula Dockery 'on Scott's behalf,' according to The Miami Herald. 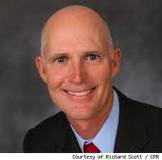 I must say, I find it bizarre so many public figures have been going with the Observer-from-Fringe look of late. 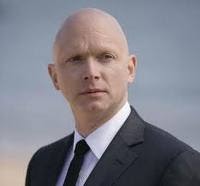 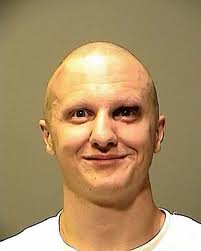 Anyway, Scott also found the time to issue an executive order requiring many state employees to be piss tested as well:

"Gov. Rick Scott signed an executive order Tuesday that will require random drug testing of many current state employees as well as pre-hire testing for applicants.

For those of us that have dealt with hard drugs and piss testing the statement by Scott will come off as highly amusing, to say the least. The thing about piss tests and illegal drugs is, they rarely catch anyone other potheads as most harder drugs such as cocaine/crack, meth, heroin, etc are out of an individual's system within days and even hours of consuming said drugs. I've personally witnessed individuals do rails of cocaine up to 12 hours before a probationary piss test and pass with flying colors. Unless a regular hard drug user is a total fuck-up (which isn't as common as many non-drug users may think) a piss test will do nothing to weed them out of the work force. It will also do nothing to get them off the doles. In fact, the only thing this piece of legislation will likely accomplish if passed is to push more and more marijuana users toward harder drugs to pass those piss tests. 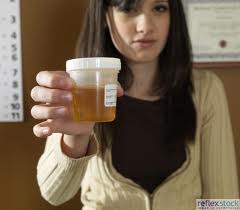 And that's a damn shame, because Florida does have a epidemic of drug abuse, which is largely subsidized by both the State and Federal governments. It's just that this epidemic caters more to 'respectable' and 'decent' people, and has the backing off legitimate doctors with ample corporate dollars at their disposal.

Yes, I'm talking about prescription meds and the hordes of pill factories that cover Florida like a pack of ticks and leeches. Prescription meds within the state have taken a heavy toll upon the populace:

"Law enforcement officials said that the shift toward prescription-drug abuse, which began here about eight years ago, showed no sign of letting up and that the state must do more to control it.

“'You have health care providers involved, you have doctor shoppers, and then there are crimes like robbing drug shipments,' said Jeff Beasley, a drug intelligence inspector for the Florida Department of Law Enforcement, which co-sponsored the study. 'There is a multitude of ways to get these drugs, and that’s what makes things complicated.'

"The report’s findings track with similar studies by the federal Drug Enforcement Administration, which has found that roughly seven million Americans are abusing prescription drugs. If accurate, that would be an increase of 80 percent in six years and more than the total abusing cocaine, heroin, hallucinogens, Ecstasy and inhalants.

"Drugs with benzodiazepine, mainly depressants like Valium and Xanax, led to 743 deaths. Alcohol was the most commonly occurring drug, appearing in the bodies of 4,179 of the dead and judged the cause of death of 466 — fewer than cocaine (843) but more than methamphetamine (25) and marijuana (0).

"The study also found that while the number of people who died with heroin in their bodies increased 14 percent in 2007, to 110, deaths related to the opioid oxycodone increased 36 percent, to 1,253." 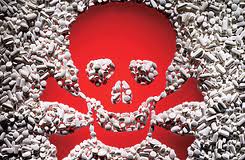 We in Florida are also working hard to spread this epidemic to the rest of the United States:

"According to federal data compiled by the Broward Sheriff's Office, Broward County, Fla., has become the painkiller capital of the United States, feeding a brazen black market sprawling through the South and New England. With little or no regulations holding accountable pain management clinics in Florida, drug addicts and drug dealers cross state line to 'fill up" with impunity.


"The area is rife with pain clinics that advertise legitimate medical treatment, but in reality are little more than "pill farms" where an individual can arrive with a credit card and leave with a doctor's prescription for all the meds they wanted. No state agency regularly monitors many pain clinics where narcotics are dispensed. The state Department of Health regulates health care professionals, not facilities. The Agency for Health Care Administration oversees only the clinics that accept insurance, and many pain clinics take only cash.

"The result is what some experts believe is a small portion of the country that may be responsible for almost half of the illicit distribution of prescription painkillers in the United States. In 2006, these clinics handed out 85 percent of all the oxycodone distributed by doctors nationally."

Obviously I'm not a great political leader like Governor Scott or the rest of the Florida Senate, but if curving government subsidies for drug abuse was as big an issue as they claim that it is, they would do something about prescription meds. The thing is, when most people think of 'drug addicts', they think of minorities, metalheads, hippies, and other assorted social outcasts. That grandpa could be the new face of drug addiction, to say nothing of drug-addled welfare recipients, is just to unsettling for most normal Americans to consider. Yet evidence on the ground continues to paint a most unsettling picture:

"Prescription drug use is rising among all coverage for seniors starting January 1, 2006 (Centers for Medicare and Medicaid Services, 2003). Americans and use increases with age due to chronic health conditions that require pharmaceutical medications for treatment (CDC, 2004). The sizeable segment of Florida’s population over age 65 contributes to the state’s high demand and consumption of pharmaceutical products. In 2003, Florida ranked fourth in the nation in retail prescription drug sales with a total of $10.57 billion spent, a 9.9% increase over the previous year (Kaiser Family Foundation, 2005).

Whenever I'm confronted with these staggering double standards nowadays I can't help but be reminded of Timothy Leary's 8-Circuit Model of Consciousness. In brief, those eight levels consisted of:

As they relate to drugs, Robert Anton Wilson, in conversation with Leary, notes:

"...Timothy started to outline his ideas about the higher neurological circuits turned on by psychedelics. It was his opinion that these circuits evolved for use in outer space, not merely for getting blissed-out on the earthside trip. All the shamans and mystics who opened these circuits knew they had something to do with cosmic energy, he said, but they didn't know the why, the how, and the next step.

"We potentially have eight circuits, he said. The first four are linear and designed for use on Earth. They underlie Euclidean space, Newtonian time, the whole 'square' mentality. Imprinted with the local, 'tribal' games or value system of coordinates -'usually conservative and mildly paranoid, to mesh with conservative and mildly paranoid local value-system,' he said ironically.

"The four later, still-evolving circuits activated by shamans and mystics are not just an 'escape' from the anxiety of the dualistic ego, he said."
(The Cosmic Trigger Volume 1, pg. 117) 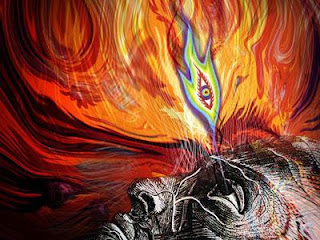 Specifically Leary assigned drugs to levels of consciousness as follows:

Back in the 1960s and 70s some researchers viewed the Drug Revolution (or rather, the shift away from downer/upper type drugs to 'head' drugs) as a step of evolution that was guiding us toward a higher consciousness.

"Thus far, there have been two alternative explanations of why the Drug Revolution happened. The first is presented in a sophisticated way by anthropologist Weston LaBarre, and in an ignorant, moralistic way by most anti-drug propaganda in the schools and the mass media. This explanation says, in essence, that millions have turned away from the legal down drugs to illegal high drugs because we are living in troubled times and many are seeking escape into fantasy...

"A more plausible theory, devised by psychiatrist Norman Zinberg out of the work of Marshall McLuhan, holds that modern electronic media have so shifted the nervous system's parameters that young people no longer enjoy 'linear' drugs like alcohol and find meaning in 'non-linear' weed and psychedelics."
(The Cosmic Trigger Volume 1, Robert Anton Wilson, pg. 207) 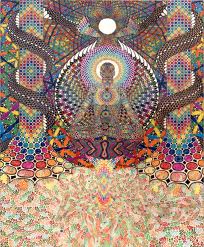 This theory is down right comical in the context of what is happening now in the 21st century, but the writing has been on the wall since the time these theories were first devised. If anything, the public at large has been driven back to the 'earthside' of the consciousness circuits with all the subtly of a low budget slasher film. Despite all the media crowing about the medical marijuana industry in California, it seems inevitable here in sunny Florida that prescription meds (especially opiate based ones) will replace marijuana as the drug of choice amongst the youth in a decade or less. And why not? They exist in a far hazier legal climate than pot, and its relatively easy to get government cheese for their purchase.  And even Grandpa Smith, who would have potheads dragged from the back trucks until the corpses are thoroughly mutilated, can smile in approval at Oxies as he passes one to his grandchildren. 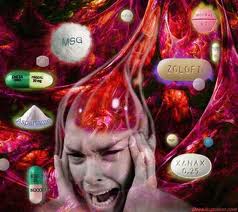