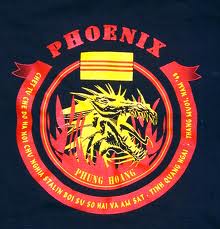 Between the years 1967 and 1972 the CIA embarked on one of its more infamous operations during the Vietnam Conflict entitled the Phoenix Program. Charitably referred to as a 'counterinsurgency' program, it largely dealt in assassinations and other attacks of terrorism. From Wikipedia:

"The Program was designed to identify and "neutralize" (via infiltration, capture, terrorism, or assassination) the civilian infrastructure supporting the National Liberation Front of South Vietnam (NLF or Viet Cong) insurgency. The program was in operation between 1967 and 1972, and similar efforts existed both before and after that period.

"Between 1968 and 1972, Phoenix "neutralized" 81,740 people suspected of NLF membership, of whom 26,369 were killed. This was a large proportion of the NLF and, between 1969 and 1971, the program was quite successful in destroying NLF infrastructure in many important areas.

"The Phoenix Program is sometimes seen as an "assassination campaign", and is often cited as an example of human rights atrocities committed by the CIA and related organizations, including U.S. military intelligence. Due to public concern over human rights violations, there was eventually a series of U.S. Congressional hearings." 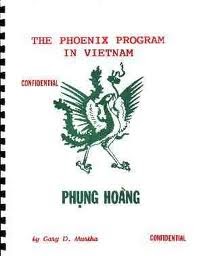 "...no fewer than six serial killers/mass murderers -Charles Manson, Stanley Baker, Edmund Kemper, Herbert Mullin, John Lindley Frazier, and the Zodiak -were all spawned from the Santa Cruz/San Francisco metropolitan area in the span of just over four years, at a time when 'serial killers' were a rare enough phenomenon that they hadn't yet acquired a name. And another serial killer was said to be at work not far away during the same timeframe. As Bundy chronicler Richard Larsen recounts, the bodies of at least fourteen young women and girls were found, nude and with their belongings missing, in Northern California between December 1969 and December 1973. In the immediate vicinity of each of the bodies 'was found an elaborate witchcraft symbol of twigs and rocks.' Remarkably enough, the crimes collectively attributed to these men did not even account for all the ritualized homicides that occurred in the Bay area during that time. For example, the murder of Fred Bennett, the captain of the Oakland chapter of the Black Panthers whose mutilated remains were found scattered in the Santa Cruz hills, was never solved. And many of the young students who were reported missing from local campuses were never found, either dead or alive, and were therefore never listed as homicide victims.

"The years covered by the occult bloodbath in Northern California, 1967 through 1973, corresponded precisely to the years that the Phoenix Program in Vietnam was in full operation (although similar programs, under different names, existed prior to 1967). In September 1973, the head of the Phoenix operation, William Colby, was appointed as the new Director of the Central Intelligence Agency. Phoenix had officially come home."
(Programmed to Kill, David McGowan, pgs. 136-137) 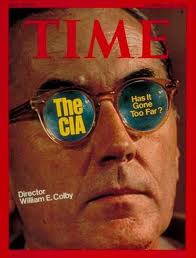 I've already written more extensively on the intelligence overlap with the Manson murders here. More on the CIA's use of domestic terrorism can be found here.

I immediately thought of the Phoenix Program when I stumbled upon this little nugget on MSNBC today:


"There are many places to hide a body in East Cleveland — a crime-ridden neighborhood where a man once lived among the corpses of 11 women for months and nobody noticed.

"Ever since those bodies were found stashed throughout Anthony Sowell's home, investigators have wondered: Did he bury more bodies nearby?
"County Prosecutor Bill Mason said there was nothing to do but reopen the cases of the old, unsolved murders of women who resembled the victims found in Sowell's house: poor, drug-addicted black women.
"Mason's cold-case team pulled the files of 75 unsolved homicides from within a three-mile radius of the two homes on the east side of town where Sowell — who has pleaded not guilty to killing the women — had lived since the 1980s. They dusted off old paperwork, pored over the reports and searched for any biological evidence that might still be tested for DNA." 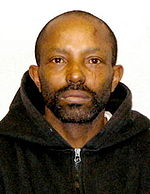 Quick twilight language side note: You have to love the fact the chief prosecutor on this case has the last name 'Mason...' It's very apt for this circus. 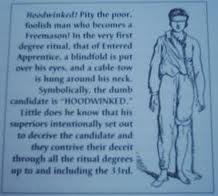 The allegedly murderer, Anthony Sowell, has what could charitably be described as a deep background. Much of his 20s were spent in the Marine Corps.

"After a one year stint with the 3rd Force Service Support Group, Fleet Marine Force Pacific, Sowell returned to Cherry Point from April 14, 1981 to December 16, 1983 serving with the 2nd Marine Aircraft Wing.
"According to Haney, Sowell entered the Marine Corps in Cleveland, Ohio on January 24, 1978 and was discharged January 18, 1985.
"Sowell, a Cleveland, Ohio native, had boot camp at Marine Corps Recruit Depot at Parris Island, South Carolina, from January 24, 1978 to April 24, 1978.
"The young Marine then went to Camp Lejeune for basic combat training.
"After his first duty station at Cherry Point, overseas duty, and second Cherry Point duty, Sowell was ordered to Camp Butler in Okinawa, Japan from January 20, 1984 to January 15, 1985. His last days in the Marine Corps were at Camp Pendleton, California where he was discharged January 18, 1985."

The state of Ohio also has a 'deep' background as well - From bizarre Indian monuments and giants to assorted black opts programs and the possible remains of the crash site at Roswell, Ohio has seen it all. I've written much more extensively on it here.

But back to today's news. It's possible that Sowell began killing shortly after he was discharged by the Marines, though he's yet to be linked to any actual murders in the late 1980s. He was, however, convicted of rapping and assaulting a woman in 1989 which led to 15 years of incarceration. He began killing officially almost immediately after being released. He also had a very special house guest during that time as well, the niece of Cleveland's mayor:

"'The Cleveland Strangler' is what many people are now calling Anthony Sowell, the alleged Ohio serial killer whose home and yard were found to be littered with the body parts of 11 women.

"But 'roommate' and 'boyfriend' is what Lori Frazier, the niece of Cleveland Mayor Frank Jackson, called Sowell until recently. Frazier said she started a romance with Sowell soon after he was released from prison in 2005 and lived with the accused killer while a terrible stench, since learned to be rotting bodies, permeated his home." 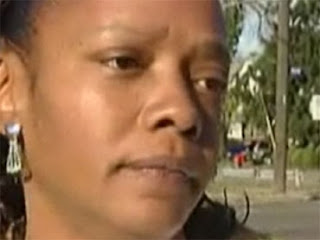 Miss Frazier was not the only one to notice the terrible stench coming from all around Mr. Sowell's house. Apparently numerous neighbors complained of the smell, which was ignored by authorities for several years. From the same article:

"The mayor had been facing mounting public pressure over Cleveland police's failure to uncover Sowell's alleged "house of horrors" even though local women had gone missing since the convicted sex offender's release from jail and the neighborhood smelled of rotting flesh."

To recap: Mr. Sowell has spent a good chunk of his life in institutions, be it the Marine Corps or the Ohio prison system, closely associated with the US intelligence community's various mind control operations. When he was finally released from prison he shacked up with the niece of Cleveland's mayor and began an especially gory killing spree. He was able to maintain a house filled with dead bodies and reeking of decaying flesh for several years without intervention from the authorities.

Now reports are coming in that another serial killer was operating in Cleveland in the late 1980s within miles of the area Sowell lived at and using the style of killing (strangulation) Sowell preferred. From the MSNBC article:

"One day in November, a year after the bodies were found in Sowell's home, O'Malley walked into Bell's office and said there was a DNA hit in one of the surge cases: Mary Thomas, 27, who was strangled and beaten to death in 1989.

"But the name on the lab report was not Anthony Sowell.
"It was Joseph Harwell, who pleaded guilty to fatally strangling a woman near Columbus in 1997 and is currently serving 15 years to life at a prison in Mansfield, an hour south of Cleveland. Harwell, 50, has a long criminal history dating back to the 1970s, including a conviction for felonious assault in 1989, when he attempted to strangle another woman, who survived.
"Harwell had already shown up once before on the cold-case radar. In 2008 — before any bodies were found in Sowell's home — investigators had traced Harwell's DNA to yet another woman killed near that East Cleveland neighborhood." 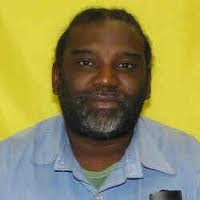 Despite operating out of the same area of Cleveland, targeting the same type of victims, and displaying a similar fondness for strangulation, authorities are confident that no connection between Sowell and Harwell exists. From the same MSNBC article:

"Investigators say there's no evidence that Sowell and Harwell even knew each other. What they had in common was jail time for attacking a woman before they were accused of killing anyone. Investigators say they also shared a desire to rape and kill poor, drug-addicted black women."

Keep in mind the police are claiming 75 unsolved homicides occurred around a three mile radius of the two homes Sowell owned in the late 80s and 00s. While I gather this region of Cleveland isn't exactly known for its safety this is a rather staggering number of homicides to occur so closely together, especially if they mainly consist of black women. Are the killing sprees of Sowell and Harwell merely the result of police incompetence and/or apathy, or were they a part of an organized effort to 'cull' certain social undesirables?

When one considers the potency of rotting flesh and the time it took the authorities to recognize it, one has to wonder.