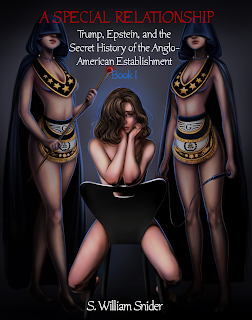 Drop on over to The Farm's official store and get your copy today. If the cover still hasn't convinced you, here's the synopsis:

"In July of 2019, elite financier and convicted sex offender Jeffrey Epstein was arrested again ‒this time for good. A month later he was found dead in his cell, taking his secrets with him. The 35 day period from arrest to untimely death was an eclipse whose dim light illuminated one of the darkest and longest simmering scandals in history. Epstein's international sex trafficking ring implicated some of the most powerful individuals in the world: from the trend-setters of high fashion to elite science to Hollywood, and even two US presidents:  Bill Clinton and Donald J. Trump.

"The wake of the eclipse, whose capstone was Epstein's final disappearing act, set researchers worldwide scrambling for answers. How did Epstein's ring come into being, where did it come from, and more importantly, what was its objective? A Special Relationship is the first volume in a trilogy that will trace the history of Epstein's ring and its animating force ‒namely, the fabled Anglo-American Establishment that forever haunts the fever dreams of the American Conspiritainment Complex.

"Volume I chronicles both the myths and realities of this most special of relationships, with a special emphasis on the Profumo Affair. This a six-decades-old British scandal is intimately linked to both Epstein's ring and the enigmatic assassination of JFK. The game of thrones is real and here you will learn how it is played at the highest circles of power." 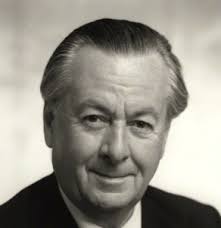