Checking in on the Farm 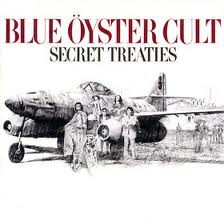 For those of you craving more VISUP content, be sure to keep an eye on The Farm, my official podcast with ZeroKnight. During the last three weeks alone, I've hosted or co-hosted some real barnburners.

Most recently, I sat down with the great Jasun Horseley of Auticulture to launch what will be an ongoing series exploring the history of secret societies and chivalric orders and their ongoing influence on the world today. I'm calling it the Anti-Mystery Babylon as I'm trying to dramatically raise the bar for this type of research beyond what "former" Office of Naval Intelligence man William Milton Cooper managed all those years ago.

Needless to say, I'm very excited about this podcast and the ones that will follow it in this particular series. Eventually, I'm going to start dipping into my collection of personal papers and reveal information that has never been made public (to the best of my knowledge). Certainly keep an eye on this one.

Bu there's more! The week before, Frank Zero and I held a wide reaching discussion with Somerset, KY's Penny Royal crew. For those of you who have been watching the series Hellier (and if you haven't been watching it, you really should as its a synch goldmine), two Penny Royal members (Nathan Paul Issac and Kyle Kadel) appear in the eighth episode of the second season of that series. It probably goes without saying, but we discuss Hellier in addition to a host of other topics, most notably the bizarre nexus of high weirdness, organized crime, paramilitary activities, and cults that have proliferated in Kentucky since at least the early 1970s and which linger like a specter across the infamous 2016 US Presidential election.

Much more information on Trump's ties to this bizarre nexus can be found here and here.

Finally, I was able to cross off one of my bucket lists items a few weeks ago when I was able to sit down with the great Christopher Knowles of The Secret Sun to talk some Blue Oyster Cult!

If that seems a little dull, keep in mind that we were using BOC's music as a stepping stone for understanding all of the insane high weirdness playing out in Long Island during this time. There's ample discussion here about cults, secret armies, alien gods, mind control, and other closely related tropes. Was famed BOC producer, manager, and frequent songwriter Sandy Pearlman telling some serious tales out of school? Listen in, read my epic series on BOC, and decide for yourselves.

And with that, I shall sign off for now dear readers. Sorry again for the lack of content of late on the blog, but the podcast is going strong and I'm making some good headway on my Epstein book, A Special Relationship, while the finishing touches are being put on my debut book. There will hopefully be some exciting announcements in that regard coming soon. Until then dear reader, stay tuned. 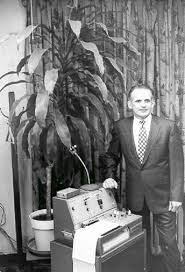