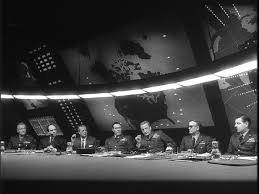 It seems like everyday the mask comes off a little further. After years of chaffing under civilian control, the Pentagon finally got one of their own atop the DoD when The Donald appointed General James "Mad Dog" Mattis to Secretary of Defense. Since then, an increasing degree of presidential control over the military has flowed to Mag Dog and the military officers fighting for American global hegemony. The results thus far have been spectacular. Trump's administration is already on pace to surpass the amount of civilian causalities generated during the entire Obama administration in a single year.

Elsewhere, the military is feeling emboldened enough to openly declare the American empire, while also warning of its collapse. And the Pentagon's solution? As predictable as you would imagine:


"This is a war, then, between US-led capitalist globalization, and anyone who resists it. And to win it, the document puts forward a combination of strategies: consolidating the US intelligence complex and using it more ruthlessly; intensifying mass surveillance and propaganda to manipulate US and global popular opinion; expanding US military power and reach to ensure access to 'strategic regions, markets, and resources.' "

It is also interesting that this study, produced by the US Army War College, received ample assistance from several neocon-leaning think tanks, most notable the Georgetown-based Center for Strategic and International Studies (CSIS). As I've noted before here and here, this powerful and little remarked upon think tank appears to be playing a guiding role in Trump's foreign policy, so you can be sure this report was taken very seriously within the current National Security Council. 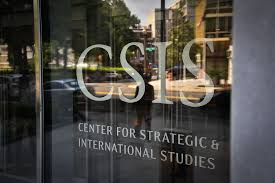 But the Pentagon is not the force feeling emboldened by The Orange One. The private military sector also has an ambitious vision as well (hat tip to Andrew):


"Here’s a crazy idea floating around Washington these days, outlandish even by today’s outlandish standards: The United States should hire a mercenary army to 'fix' Afghanistan, a country where we’ve been at war since 2001, spending billions along the way. The big idea here is that they could extricate U.S. soldiers from this quagmire, and somehow solve it.

"Not surprisingly, the private-military industry is behind this proposal. Erik D. Prince, a founder of the private military company Blackwater Worldwide, and Stephen A. Feinberg, a billionaire financier who owns the giant military contractor DynCorp International, each see a role for themselves in this future. Their proposal was offered at the request of Steve Bannon, President Donald Trump’s chief strategist, and Jared Kushner, his senior adviser and son-in-law, according to people briefed on the conversations.

"It could get worse. In a recent Wall Street Journal op-ed, Prince laid out a plan whereby the fighting force would be led by an American viceroy who would report directly to Trump. Modeled after General Douglas MacArthur, who ruled Japan after World War II, the viceroy would consolidate all American power in a single person. His mission: Do whatever it takes to pacify Afghanistan. No more backseat driving of the war from pesky bureaucrats in Washington, or restrictive rules of engagement imposed on soldiers. An American viceroy with a privatized fighting force would make trains run on time in Afghanistan—if they had trains."

Well, it would seem that even Bannon and Kushner can agree upon an "East India Company solution" for Afghanistan. And it is quite possible Trump himself would like to found an out for this quagmire. Reportedly the Orange One and the Pentagon are at a stalemate over Afghanistan, with Mattis growing increasingly frustrated with Trump's inability to announce a strategy on the now 16-year-long war while Trump views of all the options the Pentagon has presented him with as bad ones.

In other words, its becoming a real headache for both sides and pawning Afghanistan off to an American viceroy and private mercenary armies may ultimately be seen as the simplest solution. Trump would have the viceroy providing him some degree of protection for the inevitable disaster this policy will bring about while the Pentagon will be able to free up several thousand troops for more pressing matters, such as an attack on North Korea.

And hey, there's already a movie outlining this option, so neither side has to be especially creative. 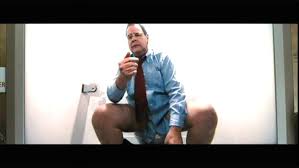 While this may nominally seem like a blow to the Pentagon, the ongoing White House game of thrones tells a different story.

Over the past few weeks the blood has been flowing. It began with the appointment of Anthony "Mooch"Scaramucci to the post of White House Communications Director. On the same day Mooch took office, the much maligned Sean Spicer resigned as White House Press Secretary. Then, a week later, Mooch drove out White House Chief of Staff Reince Priebus after accusing him of leaks to a reporter for The New Yorker.

Scaramucci also took some shots at infamous White House Chief Strategist Steven Bannon, indicating he was the next potential target. But when the ax fell next, it fell on Mooch himself. On the last day of July Mooch was removed from his post, after only ten days on the job, by General John Kelly, the new incoming White House Chief of Staff. Reportedly the order came from the Orange One himself, but how much control he actually has of the White House at this point is debatable, as we shall see. 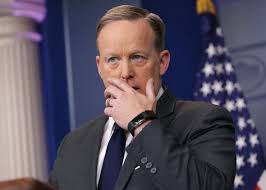 First though, let us consider the backgrounds of those ousted. Priebus is largely a creature of the RNC and was widely seen as Trump's line to the party bureaucracy and the Congress. However, the relationship between Trump and his backers and the RNC has always been tenuous at best and in recent months appears to be totally breaking down. Priebus' removal was likely welcomed by all factions at play in the Trump White House.

Spicer, while much despised by the MSM, may have caused more waves. Spicer has been been a Navy reserve officer since 1999 and presently holds the rank of Commander. As recently as 2016, he was assigned  to the Joint Chiefs of Staff's naval reserve contingent in Washington, months before Trump took office. Given the staggering amount of military officers in key posts in the Trump administration, this probably didn't go over well.

But not only did the military see one of its own removed, it also had to contend with a former Goldman Sachs banker and Council on Foreign Relations members having direct access to Trump. Despite the excitement Mooch caused among Trump backers, Scaramucci was very much a part of the internationalist network that is behind the opposition to Trump.

Trump's presidency is largely a result of the Pentagon and especially the Joint Special Operations Command (JSOC) and the ousting of Mooch reeks of the Pentagon closing ranks around their boy. But even more curious, however, are reports that have come out in the wake on Scaramucci's firing indicating the full extent to which the military is dominating Trump's presidency. Consider the following from the AP:


"Mattis and Kelly also agreed in the earliest weeks of Trump's presidency that one of them should remain in the United States at all times to keep tabs on the orders rapidly emerging from the White House, according to a person familiar with the discussions. The official insisted on anonymity in order to discuss the administration's internal dynamics." 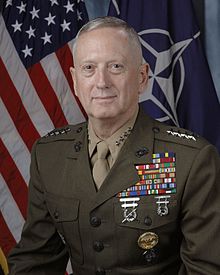 Effectively then either General Mattis or General Kelly is remaining in the United States at all times to monitor (and potentially to censor) the orders coming out of he White House. And this is unfolding all the while General H.R. McMaster, the National Security Advisor, is working diligently to drum Trump backers out of the National Security Council.

The message seems to be clear: conservative Trump backers (much as the progressive Obama backers before them) will have some degree of influence over domestic policy but the Pentagon (unlike in virtually all prior administrations) is firmly in command of foreign policy. As it stands, the military clearly dominates the NSC and now it controls the day-to-day operations of the White House as well. And with Secretary of State Rex Tillerson reportedly on the verge of resigning, its quite possible all major foreign policy posts in the Trump administration will be held by someone whose spent a good chunk of their life wearing as US military uniform by the end of the year.