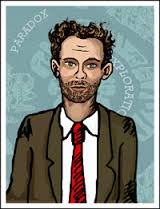 The second part of my interview with the great Jasun Horsley of Auticulture was published earlier in the week. The first part was noted in the prior post on this topic as well as the move I'm currently undergoing. Jasun sums of the topics discussed in this installment as thus:


"Part two of a conversation with VISUP on the dissociative drive, transhumanism and religion, original trauma of transferring from spirit to matter, Satanism old and new, false memory syndrome, denial of the unconscious, legitimizing child abuse, cycles of abuse, cycles of belief, Islamic networks, binary opposition and liminality, no end goal of the elite, keeping us triggered, the abolition of allegory, literalization and relativism both leading to absurdity, the involuntary possession of the elite, the unreality of groups, elite as aspect of the human collective, aspiring to the elite, creating cultural leaders through trauma, Terminator identities, the Final Solution & bureaucratic insanity, unconscious rage and conscious rationales, scientific rationalism as cruelty, divorcing science from Soul, and internal moral compass, the toll of psychedelics, the database of the past, unintended consequences of our decisions, a glimmer of wisdom, moving past pathological drives, ideological poisons, sorting the seeds of experience, an immanent conspiracy, seeking the day of enlightenment, integrating the poisons, depression as a processing period, letting the dream die, coming-of-age, VISUP’s breakdown for breakthrough, introducing the subjective voice, the value of the personal, VISUP’s Freemason ancestry, a Masonic ring, ancestral lines and intergenerational abuse, ancestral possession, the sum of our ancestors, VISUP’s father and military intelligence, stationed in Maryland, parental secrets, waiting till parents die, Five Easy Pieces, a one-sided conversation, the father as model, the son as mirror."

The curious can find the podcast of this conversation here.

I'd like to thank Jasun again for having me on for this engaging interview. I hope the readers have enjoyed the podcasts. A return to regularly scheduled programming will hopefully commence soon. Until then, stay tuned dear readers. 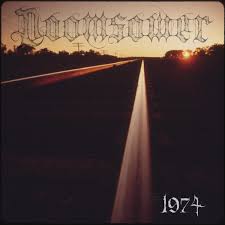