17 Over the New York Fed 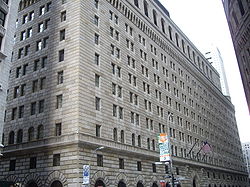 The FBI's latest foiled 'terror' attack was rather symbolic, to say the least, in addition to being highly opportunistic. I suspect the right wing blogosphere is already having a field day with today's events. For those of you not keeping pace of current events, here's an overview from MSNBC:


"A suspected terrorist parked a van packed with what he thought was a 1,000-pound bomb next to the Federal Reserve building in Lower Manhattan and tried to detonate it Wednesday morning before he was arrested in a terror sting operation, authorities said.

"The suspect, 21-year-old Quazi Mohammad Rezwanul Ahsan Nafis, is a Bangladeshi national who came to the U.S. on a student visa in January for the specific purpose of launching a terror attack here, authorities said. He allegedly told an undercover agent last month that he hoped the attack would disrupt the presidential election, saying You know what, this election might even stop' according to the criminal complaint against him..."

"The complaint said Nafis wrote a statement claiming responsibility for what he thought would be the Fed attack, saying he wanted to "destroy America" by going after its economy. He referred to 'our beloved Sheikh Osama bin Laden' in the statement, which was stored on a thumb drive.

"He also proposed various other targets beyond the Fed building at 33 Liberty St., just blocks from the World Trade Center site, prosecutors said. He considered targeting a 'high-ranking U.S. official' as well as the New York Stock Exchange.


"Kelly said he knew who the official was but refused to name the person, saying only that any details not in the complaint would be revealed in future court proceedings."


Like most terror attacks the FBI stops, the suspect, in this case Mr. Nafis, was being controlled by an FBI informant for months before he decided to carry out 'his' plot. Continuing with MSNBC:

"He allegedly sought out al-Qaida contacts to help him, unknowingly recruiting an FBI source in the process. At that point, the FBI and NYPD began monitoring him as he developed the plot, prosecutors said.


"An undercover FBI agent posed as an al-Qaida facilitator, supplying him with 20 50-pound bags of what he thought were explosives to use in building his bomb. Nafis also visited the Lower Manhattan site multiple times as he planned the attack, officials said.


"The complaint said he told an agent in July that he wanted  'something very big ... that will shake the whole country.'


"Prosecutors say Nafis met the agent Wednesday morning and put the bomb inside a van before driving to the Fed building, assembling the detonator while he drove.

"The pair parked the van by the Fed, got out and walked to a hotel, where Nafis covered his face, put on sunglasses and recorded a video statement he meant to be released after the attack. He then tried to detonate the bomb through a cell phone detonator, officials said."

Just how much of Mr. Nafis' plot was devised by the FBI remains to be seen, but if it's consistent with other such attempts, then I suspect Mr. Nafis had little actual involvement in the planning stage. The twilight language is, however, most striking. First, consider the location where Mr. Nafis attempted to detonate the bomb. The New York Post reports:


"He parked the van, then he went to the Millennium Hilton near the World Trade Center, where he called the cell phone in the van."


The Millenium Hotel is not just near the World Trade Center site, it's right across the street from it. It was badly damaged on 9/11 and did not reopen till May 2003. 9/11 has of course been subject of any number of conspiracy theories over the past eleven years since the events of that day. The year 2000, the beginning of a new millennium, was also subject to numerous conspiracy theories at the time.

What's more, Federal Reserve conspiracy theories have long been tied to the Freemasons, who have been the subjects of more than a few conspiracy theories themselves. In such cases it is generally held that the Masons are the descendants of the Knights Templar who either invented or rediscovered fraction reserve banking, depending upon the source. This technique was handed down through the ages and gradually spread to ever nation on Earth and is now used to control the international economy. 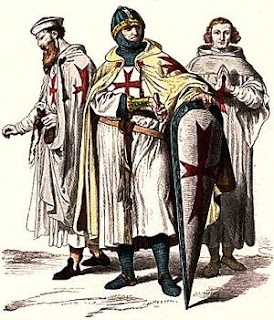 In this context, the location of the Federal Reserve Bank of New York is most interesting: 33 Liberty Street. 33 is of course the highest degree in Scottish Rite Freemasonry.


"...consider the number 33. The first temple of Solomon stood for thirty-three years in its pristine splendor. At the end of that time it was pillaged by the Egyptian King Shishak, and finally (588 B.C.) it was completely destroyed by Nebuchadnezzar and the people of Jerusalem were led to captivity to Babylon... Also King David ruled for thirty-three years in Jerusalem; the masonic Order is divided into thirty-three symbolic degrees; there are thirty-three segments in the human spinal column; and Jesus was crucified in the thirty-third year of his life."
(The Secret Teachings of All Ages, Manly P. Hall, pgs. 238-239)


The date of this latest event, October 17, 2012, is also interesting. Regular readers of this blog will know that I'm quite interested in the number 17, partly because of my personal association with it. In general the number 17 is highly symbolic.


"This number, together with seventy-two, the first being the sum of nine and eight when added, the second of their product when multiplied together, has vast symbolic importance...

"...the Star, the seventeenth arcanum of the Tarot, which is a symbol of change and rebirth and what Dr Allendy explains as 'deliverance from Karma...' Furthermore, according to the Sufi alchemist Gabir ibn Hayyan, the shape (sura) of all things in the world is seventeen. Seventeen stands for the very foundation of the theory of balance and should be regarded as the law of equilibrium in all things...

"The Ancient Greeks regarded seventeen as standing for the number of consonants in the alphabet, successively broken down into nine (the number of mute consonants) and eight (the number of semi-vowels or semi-consonants). These numbers are also closely related to their theory of music and to the harmony of the spheres."
(Dictionary of Symbols, Jean Chevalier & Alain Gheerbrant, pgs. 866-867) 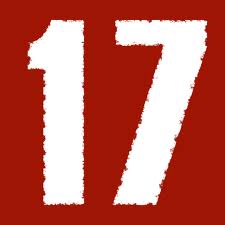 What becomes really curious then is what 'high ranking U.S. official' Mr. Nafis also wanted to assassinate and if it will play into the 2012 elections. 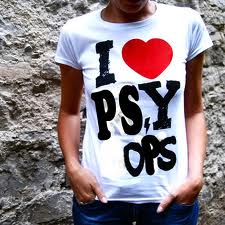