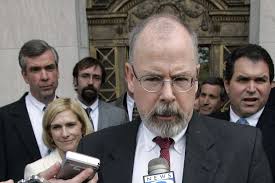 This week brought indications that a new front in the deep state civil war has opened up. Last month US Attorney General William Barr noted that he believed "spying did occur" against the 2016 Trump campaign. While the Justice Department's Inspector General has been reviewing how surveillance warrants were obtained against former Trump aide Carter Page for months now, Barr apparently did not feel this investigation was broad enough. To wit, he launched a new investigations into the origins of the Russiagate conspiracy theories last month.

It was not until Monday, May 13th, that Barr's new investigation was announced, however. It was first revealed, along with the prosecutor heading it, by the New York Times, long a stronghold of the anti-Trump "resistance." Already there are indications that several of the most vigorous anti-Trumpers are getting nervous.

Reportedly, a rift has begun to emerge between former FBI director James Comey and former CIA director John Brennan over who opted to use the infamous Steele dossier in the intelligence community's assessment of Russian interference in the 2016 US Presidential elections. Of late Brennan and former Director of National Intelligence General James Clapper have been trying to pin it on Comey, but compelling evidence points towards the formers. As I noted before here, Brennan and Clapper appear to have been at the forefront of the US intelligence community's anti-Trump efforts.

The most noteworthy thing about the recent investigation is the man heading it: longtime special prosecutor John Durham. Reportedly, Durham is one of the most powerful, if little acknowledged, figures in the Beltway. He is most well known for his anti-mafia efforts in New England. In 1999, Clinton-era Attorney General Janet Reno appointed Durham to investigate whether Irish gangster James"Whitey" Bulger and his associate, Stephen "The Rifleman" Flemmi, had corrupted FBI agents whom they served as informants too. Durham's investigation led to the conviction of former FBI agent John Connolly Jr. for the role he played in helping both men avoid two separate prosecutions.

Of course, anytime someone has connections to Whitey Bulger eyebrows should raise. Bulger himself alleged to have been used as a test subject for MK-Ultra during the late 1950s. Specifically, Bulger claimed to have been experimented upon by Emory University's Dr. Carl Pfeiffer during a stay in the Atlanta Penitentiary. These particular experiments had a reputation for being especially brutal.


"One of the most guarded and least documented of the early MKULTRA projects was Subproject 9, first undertaken at Emory University in Atlanta and the University of Illinois. Among TSS officials, Subproject 9, which evolved over a five-year period into Subprojects 26, 28, and 47, was commonly referred to as 'the Atlanta project' or 'the bullpen project.' Overseen by Dr. Carl C. Pfeiffer, the project on paper involved 'the use of various sternutatory [chemical substance that produces sneezing and other effects] agents on normal and schizophrenic human subjects.' In fact, it was far more complex, indeed frightening; it involved intentionally producing psychotic states with LSD..."

The great Hank Albarelli goes on to note that several noteworthy gangsters were subjected to these experiments in Atlanta.


"During the time Pfeiffer was conducting experiments in Atlanta some of the more infamous inmates were Francois Spirito, considered the 'father of modern heroin trafficking'.... and also Joe Valachi, infamous Mafia stool-pigeon. Another inmate and Pfeiffer experimental subject was Antoine D'Agostino, also a heroin dealer, who was declared insane while in prison after he suddenly claimed he was having religious visions and was being visited regularly in his cell by the Virgin Mary."

Not long after being "treated" by the good Dr. Pfeiffer would Joe Valachi decide to become a federal witness against the mob. And as for Francois Spirito, as I noted before here, he is one of two individual Albarelli credited with the murder of Frank Olson. As such, Whitey Bulger was certainly in some interesting company at the Atlanta Penitentiary.

Bulger has of course been in the news of late. On October 30, 2018 (the day before Halloween no less), Bulger was murdered at the US Penitentiary, Hazelton near Brucetown Mills, West Virginia. Bulger was reportedly beaten to death at the facility only hours after being transferred there.

Needless to say, the circumstances of Bulger's death are quite bizarre. Bulger, 89 at the time of his death, was wheelchair bound and facing health issues even before arriving in West Virginia. Why he was transferred in the first place is a mystery, as is why he was placed in general population despite his age and health issues. The facility in question had witnessed several murders in the 40 days leading up to Bulger's arrival and the US Attorney Generals' office had just been warned that it was dangerously understaffed a week before Bulger arrived. The man credited with Bulger's death, a former Mafia hitman, has no known motive other than the fact that he takes offense to informants.

The conspiratorial right has been alleging since Bulger's death that the hit was organized to silence Bulger before he could divulge what he knew about Special Prosecutor Robert Mueller's time in New England investigating organized crime there during the 1980s. The thinking is the Mueller was one Justice Department official working to cover-up Bulger's status as an informant. While these allegations are not especially compelling, it is curious that a man so closely associated with exposing the FBI's corrupt relationship with Bulger is now spearheading the investigation into Federal spying on the Trump campaign.

Durham, Jose, and Gina (and Erik)

Far more compelling was Durham's role in scuttling an investigation into CIA torture during the Obama years. Durham was appointed by then-Attorney General Eric Holder to investigate 101 potentially criminal cases involving the CIA's use of "enhanced" interrogation techniques. Durham quickly threw out 99 of these cases, and instead opted to focus on two that had resulted in deaths. However, the deaths were not the reason Durham had chosen to focus on these two cases. Rather, he was concerned with these decision of CIA officer Jose Rodriguez to order the destruction of videotapes of these interrogations. Rodriguez in turn had opted to order the destruction of these tapes because he felt that public reaction to the tapes would be "devastating." Naturally, Durham would clear Rodriguez of any wrong doing.

Jose Rodriguez is himself quite an interesting figure. A 31 year CIA veteran, Rodriguez spent the bulk of his career in the Directorate of Operations (DO), the CIA's clandestine arm that oversees its covert operations and the like. In the aftermath of 9/11, he was appointed Chief Operating Officer of the Counterterrorism Center (CTC). Initially, he was brought on to work under Cofer Black, but ended up replacing him as head of the CTC. While there, Rodriguez once again found himself working with his former colleague from the DO's Latin American section, Enrique "Ric" Prado. According to Annie Jacobsen in Surprise, Kill, Vanish, it was the combination of Rodriguez and Prado who personally lobbied Vice-President Dick Cheney to enhance the paramilitary capabilities of the CIA so that its paramilitary arm could better "find, fix, finish" (read:assassinate) terror suspects.

These ambitious plans were greenlighted and the Directorate of Operations (now the National Clandestine Services/NCS) took the lead in carrying out these operations. In November of 2004, Rodriquez came full circle and was appointed head of the DO/NCS. During his tenure, the NCS became infamous for his use of "enhanced" interrogation methods.

Another colleague of Rodriguez's during his time at the CTC was present CIA director "Bloody" Gina Haspel. While at the CTC, Haspel had assisted Rodriguez in setting up the CIA's "extraordinary"rendition program. Later, she became Rodriguez's chief of staff while he served he headed the NCS. Naturally, Haspel played a key role in the tape destruction scandal that Durham later cleared Rodriquez of. And now, Haspel will be assisting Durham in his investigation of the origins of the Russian collusion allegations.

Even more curious is the specter of Blackwater that hangs over many of these individuals. After leaving the CIA, Black would join Blackwater as a vice chairman. And then there's Ric Prado. Prado, a figure reputed to have been involved in organized crime for decades as well, was allegedly tapped to run a CIA assassination program that was later transferred to Blackwater.


"...In 2005 he became a senior officer in Blackwater, the private contracting firm now known as Xe. In 2009, after CIA director Leon Panetta informed Congress that the agency had created a possibly illegal 'targeted assassination unit' – or 'death squad' program as the media dubbed it – aimed at killing terrorists around the world, Prado was identified as the head of it. He was also outed as the man responsible for moving the 'death squad' program to Blackwater and a no-bed contract..."

While Rodriguez never personally joined Blackwater, he presently sits on the international advisory board of Constellis, the company that currently owns Blackwater. Rodriguez is joined on the international advisory board by Jason DeYonker, a friend and former financial adviser of Erik Prince. Prince is of course the founder and former owner of Blackwater. When he sold the company in 2010, it was DeYonker who handled the transaction. The links Prince has to the Trump regime have been noted before here.

These connections are quite incestuous, to put it mildly. But just how serious Durham's investigation is remains to be seen. Many on the Right are optimistic that Durham will be a raging bull in pursuing the anti-Trump deep state faction. But Durham has worked for Republican and Democratic administrations alike, and while he exposed the FBI corruption behind Whitey Bulger, he also played a key role in covering up the CIA's torture program. As such, Durham's findings may be as disappointing to pro-Trumpers as the Mueller report was to the anti-Trump faction.

Still, if Comey and Brennan are any indication, there appears to be real concern among the anti-Trump plotters. While nothing truly earth shattering will likely come out over the next few years, Durham's investigation will surely play a key role behind the scenes as a kind of cudgel to beat back the anti-Trump faction. As it will almost surely continue through the 2020 election, the prospect of an October surprise can not be discounted either, especially with Joe Biden looking like the likely Democratic nominee at this point.

Of course, Biden being the forerunner in the first place begs the question as to just how serious the Democrats really are, and if the upcoming election is farce (at least more so than usual), but that's a topic for another time. But certainly after making meager electoral gains in the 2018 Congressional elections, the Democrats appear to have reverted to full blown suicide mode by backing Biden.

And with that I shall sign off for now dear readers. Keep the popcorn ready and as always, stay tuned. 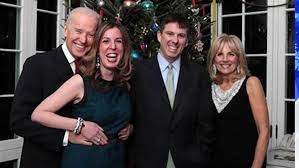