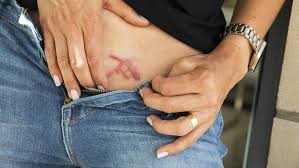 By now I'm sure many of you are well aware of NXIVM (which is pronounced as "Nexium," like the controversial drug), the bizarre outfit nominally engaged in self-help seminars that increasingly appears to be some type of cult. Think Scientology on steroids. Or maybe even one of the blackest sheep of the human potential movement, namely est.

As was noted before here, est appears to have grown out of prior self-help rackets linked to the far right while employing techniques straight out of Pentagon/CIA behavior modification techniques. Later, est became quite popular with certain military officers looking to create "super soldiers" as well. Keep the murky origins of est in mind as we consider the present topic as there are some eerie similarities. And on that note, let us now briefly consider NXIVM.

Unsurprisingly, the cult has already captivated the imaginations of the masses and conspiracy theorists in equal measures. The lure is undoubtedly the minor/aging celebrities, most notably Smallville actress Allison Mack, who were initiated into the cult. After all, its not every day that a former WB starlet is accused of participating in sex trafficking and slavery. Add in allegations of money laundering and bizarre, MK-ULTRA/ARTICHOKE-like behavioral modification techniques and one is left with quite a strange brew indeed.

Naturally, the alternative media is having a field day with the ties to NXIVM and the Clinton family. Cult founder Keith Raniere first gained notoriety when he was run out of Arkansas in 1992 for running a pyramid scheme while Bill Clinton was still governor. It would appear that there were no hard feelings:


"Executives and top associates of the Albany-based NXIVM group – along with their family members – donated $29,900 to Clinton’s presidential campaign, according to federal records.

"On March 14 and April 13, records show, more than a dozen contributions poured into Clinton’s coffers from NXIVM, an executive and group-awareness training organization led by Brooklyn-born Keith Raniere, 47.

"Most were from first-time political donors, each giving the $2,300 maximum.

"The revelation comes on the heels of the arrest of Norman Hsu, who raised $1.5 million in campaign contributions for the Clintons and other Democrats, even though he was technically a fugitive from fraud charges in California."

While the alt media has been quick to link NXIVM to the Democratic Party, the organization does not seem especially liberal. Apparently NXIVM has also contributed to more than a few Republican pols over the years, such as Christian fundamentalist and one time GOP presidential hopeful Mike Huckabee. And then there's the fact that one of Raniere's chief influences was alt right/libertarian icon Ayn Rand and her philosophy of "Objectivism."

Another curious aspect of NXIVM that conspiracy theorists have been quick to pounce upon is the presence of the uber wealthy Bronfman family of Canada financially backing the cult. This is not the first time the Bronfman family has funneled money to a highly charismatic yet dubious figure linked to New Age pursuits. During the 1970s the Bronfman family became major patrons of Earth Day co-founder Ira Einhorn. At the time Einhorn maintained an extensive network that served as a bridge between fringe and New Age thinkers and corporate America. Einhorn began to establish this network in the early 1970s with the backing of Pennsylvania Bell, an operating company owned by AT&T (as was noted before here, AT&T has been reputed to have funded some very curious projects prior to Einhorn's network). This put the Philadelphia-based Einhorn on the radar of various Pennsylvania elites. It wasn't long before he went national and even international.

Some of the spookier members of Einhorn's network included CIA assets Christopher Bird and Andrija Puharich. As was noted before here, Puharich lent his peculiar scientific expertise to Project ARTICHOKE. Bird has also been linked to similar research. Einhorn also knew famed stage magician and Mossad asset Uri Geller as well. But back to his Bonfman backers.

Barbara Bronfman, who at the time was the wife of Charles Bronfman, was a major supporter of Einhorn's. Reportedly Charles Bronfman's sister, Phyllis Bronfman Lambert, also had some dealings with Einhorn. Edgar Bronfman Sr., who for a time supported NXIVM, is a sibling to both Charles and Phyllis, for those of you keeping score. I have been unable to determine if he had ties to Einhorn, but it would hardly be surprising.

And much like Raniere, Einhorn fell out of favor with the Bronfman family in the midst of scandal. In Einhorn's case, he was accused and ultimately convicted of murdering Holly Maddox, his long time girlfriend. For many years Einhorn was on the lam before finally be arrested in 1997 in France. He was initially able to jump bail and flee the United States with the aid of money provided by the Bronfman family via Barbara.

In regards to the current NXIVM scandal, the presence of the Bronfman family also leads to another curious figure recently addressed on this blog, namely infamous conservative lobbyist Roger Stone. Stone is now well known due to his long term relationship with President Donald J. Trump.

Stone and other key Trump allies such as fellow lobbyist Paul Manafort and Fox News mogul Rupert Murdoch were originally introduced to the Orange One in the late 1970s by Trump's long time attorney Roy Cohn. As was noted before here, Cohn had rather extensive links to organized crime and far right wing elements of the deep state. Even more disturbing are longstanding allegations surrounding Cohn's activities in New York City along these lines:


"... New York attorney John Klotz began to investigate Roy Cohn on behalf of a client. Declassified New York government files and spadework by a private detective substantiated the allegation that there was indeed a 'blue suite' at the Plaza, Suite 233. 'Roy Cohn was providing protection,' Klotz discovered. 'There were a bunch of pedophiles involved. That's where Cohn got his power from – blackmail."

As I've already noted here and here, there is ample evidence that many of Cohn's acolytes followed in their mentor's footsteps. And Roger Stone appears to be no exception, as he seemingly was the one to have blown the whistle on the prostitution ring New York Governor Eliot Spitzer was involved in. At the time Spitzer was at odds with Wall Street in the wake of the 2007-2008 financial crisis. Spitzer threatened reforms, much to the chagrin of Wall Street and state Republicans, and Stone was employed to engineer a change.

Spitzer was ultimately driven from office and state Republicans won big in 2009 elections in New York state. Stone was again of assistance, procuring funds from a curious source:


"A couple of days ago, the Post broke the news that Roger Stone — a former state GOP functionary who resigned after allegedly threatening Eliot Spitzer’s family — was procuring money for Joe Bruno and pals from his other employer, a cultlike organization called NXIVM. Needless to say, we’ve been obsessed with the Albany-based NXIVM (pronounced, believe it or not, like 'Nexium') ever since. It’s basically like Scientology masquerading as a self-help seminar, run by a guy named Keith Raniere. Raniere claims to have the highest IQ on record and have been a judo champion by age 11; he also demands to be called Vanguard by his followers (someone should introduce him to Mystery!). He is, in short, your classic swindler (his previous enterprise, a pyramid scheme called Consumers’ Buyline, got kicked out of Arkansas in 1992) who’s discovered the resale value on Ayn Randian mumbo jumbo. NXIVM’s 'executive success' program is designed to reel in alpha types who need someone to tell them that greed is good. Its big philosophy is that 'human beings are born parasitic' (saying 'I’m hungry' or complaining about pain, for instance, is parasitic behavior; the enlightened just take what they need). It also redefines 'good' as 'pro-survival' and 'bad' as 'destructive.' Students wear colored sashes and bow in the presence of the leader. You can see where this is headed.

"Why should we pay attention to this psycho factory? Because it has well-placed, well-heeled members and appears to be actively pursuing an entrée into political fund-raising. Stone, paid by NXIVM, had funneled at least $20,000 to the state GOP; the heirs to Seagram’s fortune are devotees; and, per the Post, Richard Mays — a Clinton friend and one of Hillary’s top fund-raisers — is an 'Espian' as well, having taken so-called intensive classes with Raniere. The Aleksey Vayner type who preaches that suicide can be good (if you’re a counter-constructive person, removing yourself from the planet is a constructive act) becomes just a little less hilarious when you realize he’s got the ear of people with actual policy decisions to make."

Keep in mind the above quote is taken from an article first published in October 2007. Thus, Stone had a connection NXIVM for well over a decade.

The great Christopher Knowles of The Secret Sun recently mused: "You really gotta wonder about NXIVM and what it says about the state of our society. It's in the news now but this cult's shenanigans have been known for a very, very long time. Yet, nothing was done about it until now?"

Actually, I think the timing of this revelation is quite telling. NXIVM appears to have established a working relationship with the Clinton family at some point in the last decade and eventually donated around a million and a half dollars to the Clintons and other Democrats during the last election.

Roger Stone, who also handled political donations for NXIVM as well, would have almost surely have been aware of these ties. Is it possible he also encouraged the cult to ramp up the donations leading up to the election so that he could once again blow the whistle as he did on Eliot Spitzer at some point?

It is certainly curious that this scandal comes in the wake of the various sex scandals that have rocked Hollywood in recent months and brought down several prominent Democrats. As I noted before here, another Cohn protege, private detective Thomas Corbally, spent decades navigating the seedier side of Hollywood. Corbally has been linked to at least one major Hollywood prostitution ring.

I don't think these revelations are coincidental at all. With the ongoing deep state civil war as vicious as ever, the control files amassed by Cohn and his associates over several decades increasingly appear as a Sword of Damocles the Orange One holds over his opponents, ever threatening to topple the entire house of cards.

And in case your wondering, this hardly appears to be the first time Cohn and his acolytes have employed cults for political change. This topic will be a addressed in much greater depth in future installments in my ongoing Goodfellas series, hopefully in the coming weeks. Until then stay tuned dear readers.