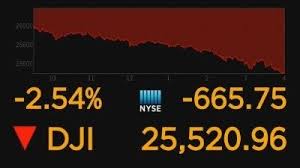 And now for your deep state civil war update.

For starters, #releasethememo largely proved to be much ado about nothing, #asexpected. Sure, it technically "revealed" that the FBI investigation of the Orange One was largely based upon the ludicrous Steele dossier, but this has been known for some time now. And in this day in age, having something confirmed is rather anti-climatic.

Don't get me wrong, its shrewd politicking as Congress battles over a new budget and the Orange One attempts to reach bipartisan "immigration" reform. But ultimately, it was just another salvo in the ongoing civil war rather than the knock blow some were expecting.

As far as the budget and immigration goes, I fully expect the Democrats to blink as they did last month. That's because another salvo is already on deck --an inspector general's report on the FBI's handling on the Hillary Clinton email scandal. Reportedly FBI Deputy Director Andrew McCabe was forced into early retirement last week due to the pending results of this probe. Whether he's the only head to roll as a result of this investigation remains to be seen, but certainly Deputy Attorney General Rod Rosenstein probably shouldn't be getting too comfortable in his post right about now.

This is yet another tough break for the Democrats and their backers. Investigations are starting to mount at a time when #metoo has already started to take out prominent Democratic donors and supporters with a vengeance.

This is most curious as it is widely believed that the Orange One's chief political mentor was attorney Roy Cohn, best known for role as Joseph McCarthy's lead counsel during the Second Red Scare. And is just so happens that there have been rumors surrounding Cohn for years that he was involved in staging "honey traps" for some branch of the US intelligence community. Rumors such as this:


"... According to the former head of the vice squad for one of America's biggest cities, 'Cohn's job was to run the little boys. Say you had an admiral, a general, a congressman, who did not want to go along with the program. Cohn's job was to set them up, then they would go along. Cohn told me that himself.' "

And now we're seeing many prominent Democrats in Hollywood being laid low by #metoo while some of Trump's more controversial policies, such as his tax cuts, are rammed through Congress with shockingly little opposition. Why, this seems remarkably like Cohn's alleged playbook!

But don't feel too bad for the Democrats or their backers, who hardly seem to be taking Trump's challenge laying down. Consider, for instance, this bizarre incident:


"A train carrying dozens of Republican members of Congress, including House Speaker Paul Ryan, to their legislative retreat in West Virginia hit a truck Wednesday, leaving at least one person dead...

"Amtrak said in a statement that the train came into contact with a vehicle that was on the tracks at 11:20 a.m. ET in Crozet, Virginia, outside Charlottesville.

"Republican members of Congress on the train, which left Washington's Union Station, were on their way for a retreat at The Greenbrier in White Sulphur Springs, West Virginia. The retreat starts Wednesday and ends Friday. Vice President Mike Pence, who was not on the train, is scheduled to speak to members later Wednesday and President Donald Trump is scheduled to address the event on Thursday. A GOP congressman told CNN Wednesday that the retreat will go on as planned."

Ah yes, Republic lawmakers on a "retreat" to a "former" nuclear shelter that was a part of the highly secretive COG network when their train runs into a dump truck... parked in the middle of the railroad tracks. No, this isn't at all suspicious, especially coming in the wake of an assassination attempt on Republican lawmakers at a soft ball game last summer.

Much has of course been made of House Republicans retiring in droves. Many liken it to rats fleeing a sinking ship. This isn't a bad theory when the Orange One is the head of your party, but being a House Republican person does seem like a rather hazardous profession of late.

Interestingly, the House has generally been the home of various darlings of the far right such as Larry McDonald and Ron Paul. The Senate, by contrast, has typically been dominated by the Rockefeller Republican wing of the party. Naturally, things don't seem to be as hazardous for Senators at the moment. And of course there's John McCain, who simply refuses to die. No doubt his soundbites are invaluable to the "resistance."

Things aren't going much better in the Orange One's sometime-favorite past time either. Last year saw the New England Patriots pulling out the Super Bowl, which provided the Orange One with his only successful meet-and-greet with a championship athletic team last year. This year, however, the Pats fell to the Philadelphia Eagles, who have made a big deal about social activism, or some such shit, during the present season. This should provide the "resistance" with some more choice soundbites eventually, aided along by New England coach Bill Belichick's inexplicable decision to bench one of his best defenders (who had previously made a game-winning play in a prior Super Bowl no less) throughout a Super Bowl in which his defense was shredded for what has been described as a combination of a rough week of practice and/or violating a minor team rule.

And what about that market? After finishing down 665 Points (har har) this past Friday it lost nearly 1200 points on Monday. the biggest single day point loss ever. Is Trump about to lose the bull market? Its a fool's errand to guess what the market will do --many have been predicting an imminent crash for nearly a decade now and yet it keeps going up. Still, with the decline of anti-Trumpism, something is clearly needed to succeed the collapsing Russiagate.

And with I shall sign off now with one final note: Apologies for the lack of recent updates. Life continues to intrude, but I'm hoping to have a much longer piece up later in the week that will be the kind of research-heavy work regular readers expect from this blog. For now, I thought this civil war update will provide some food for thought for those of you missing VISUP. Until next time, stay tuned dear readers. 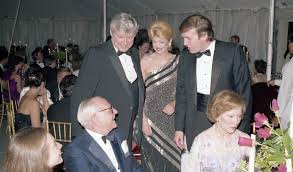